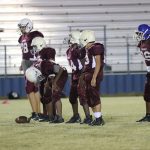 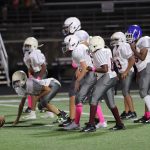 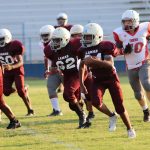 The Lamar Bearcat 7th grade football teams split a pair of games with South Belton on Monday night at Woodson Field. The lamar “A” team defeated South Belton by a score of 19-6. Notable players for the Bearcats were : Daniel Fuentes, Jayson Jenkins, Lezlie Jackson, Deavonte Carr, O’Ryan Peoples and Kirk Gildon. Lamar improved to 2-0 on the season. The 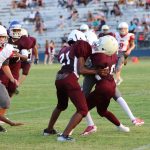 The Lamar Bearcats 7th grade football teams hosted South Belton on Monday night at Woodson Field. The Bearcats went 1-1 against their opponents from Belton. 7th Grade A The 7th Grade “A” team defeated South Belton by a score of 19-6 to improve to 2-0 on the season. Notable players for the Bearcats included: Daniel Fuentes, 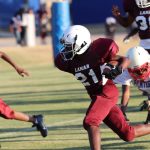 The Lamar 7th grade football teams opened the 2019 season on Monday evening by earning a win and a tie against the Midway Blue Panther team. The “A” team defeated Midway by a score of 32-0. Top players of the game for the Bearcats were Adrian Haskins, O’Ryan Peoples, Travellis Harrison and Khiari Carter. The

TISD Free Athletic Physicals for the 2018-19 school year will be provided on Monday, April 16th, 2018 beginning around 5pm in the Temple High School gyms.  UIL requires that all incoming 7th, 9th, and 11th grade student athletes must have a new Pre-Participation Physical.  Students must bring a completed medical history form signed by the parent