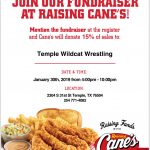 Come out and support the Wildcat Wrestling program at Raising Cane’s on Wednesday, January 30th from 4-10 pm. 15% of proceeds go to the wrestling teams! 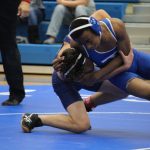 Indications of a fledgling program are everywhere, starting with where practices are held. But signs that point toward potential are just as prominent, and those begin with coach Deryl Clark. His passion-driven persistence and patience over the course of a two-to-three year period that included “bugging” Temple athletic director and football head coach Scott Stewart 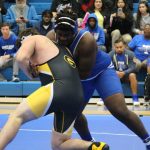 The Temple Wildcat wrestlers defeated the Gatesville Yellowjackets 54-24 in a non-district meet on Dec. 12. With the victory, the Wildcats are now 4-1 for the season. In the 14-match meet, the Wildcats took 10 matches, pinning all their opponents. The Yellowjackets won four matches. Wildcats Coach Deryl Clark said the team worked hard to 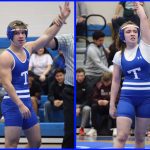 The Temple High School wrestling team made history on Dec. 5 when they competed in the school’s first ever wrestling competition.  Temple went on to be defeated by a strong McNeil High School team. However, despite the loss, Head Coach Deryl Clark said he’s proud of the effort put forth by the Wildcats. “A lot 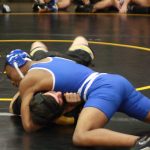 GATESVILLE- In their first competition in program history, the Temple boys wrestling team defeated Gatesville in a scrimmage 56-18. Standout wrestlers for the Wildcats were Walker Gordon, Dylan Harty, and Conner Harty all with 1st period pins. All wrestlers won by pin or technical fall. Temple will open the season on November 28th at Killeen 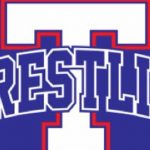 Welcome to the first season of Wildcat Wrestling.  I would like to take the time and introduce myself and give a little background into my adventures in wrestling.  My name is coach Deryl Clark I have been teaching in the Temple School District for 3 years and look forward to many more.  I am married