LIBERTY HILL – The Bonham Lady Bulldog 7th and 8th grade cross country teams opened the season on Saturday at the Liberty Hill Invitational. The Lady Bulldogs had a good start to the season with Shelby Avery finishing in 43rd place overall with a time of 16:54 in the two mile course. Other runners for 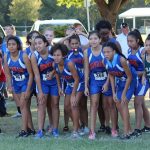 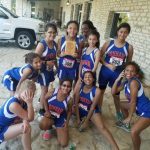 ROGERS – The Temple Middle School girls cross country programs participated in the Rogers Invitational on Saturday morning. Below are some of the results from Saturday’s meet. Bonham finished in 8th Place overall at the Rogers Invitational. The top 5 finishers for Bonham were: America Villegas – 8th (14:10) Naomi Ball – 16th (14:39) Karen 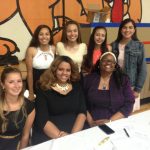 On Wednesday, the Bonham Lady Bulldogs participated in the Belton Invitational held at Tenroc Ranch in Salado. The Lady Bulldogs had two Top 10 finishers in Yadirha Castillo and Mallory Dominguez. Here is a list of the girls that participated and their place. Name 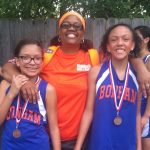 Congratulations to Aaliyah Thomas and Mallory Dominguez as the each claimed medals in the South Belton cross country meet held at Temple Lake Park on September 14th.