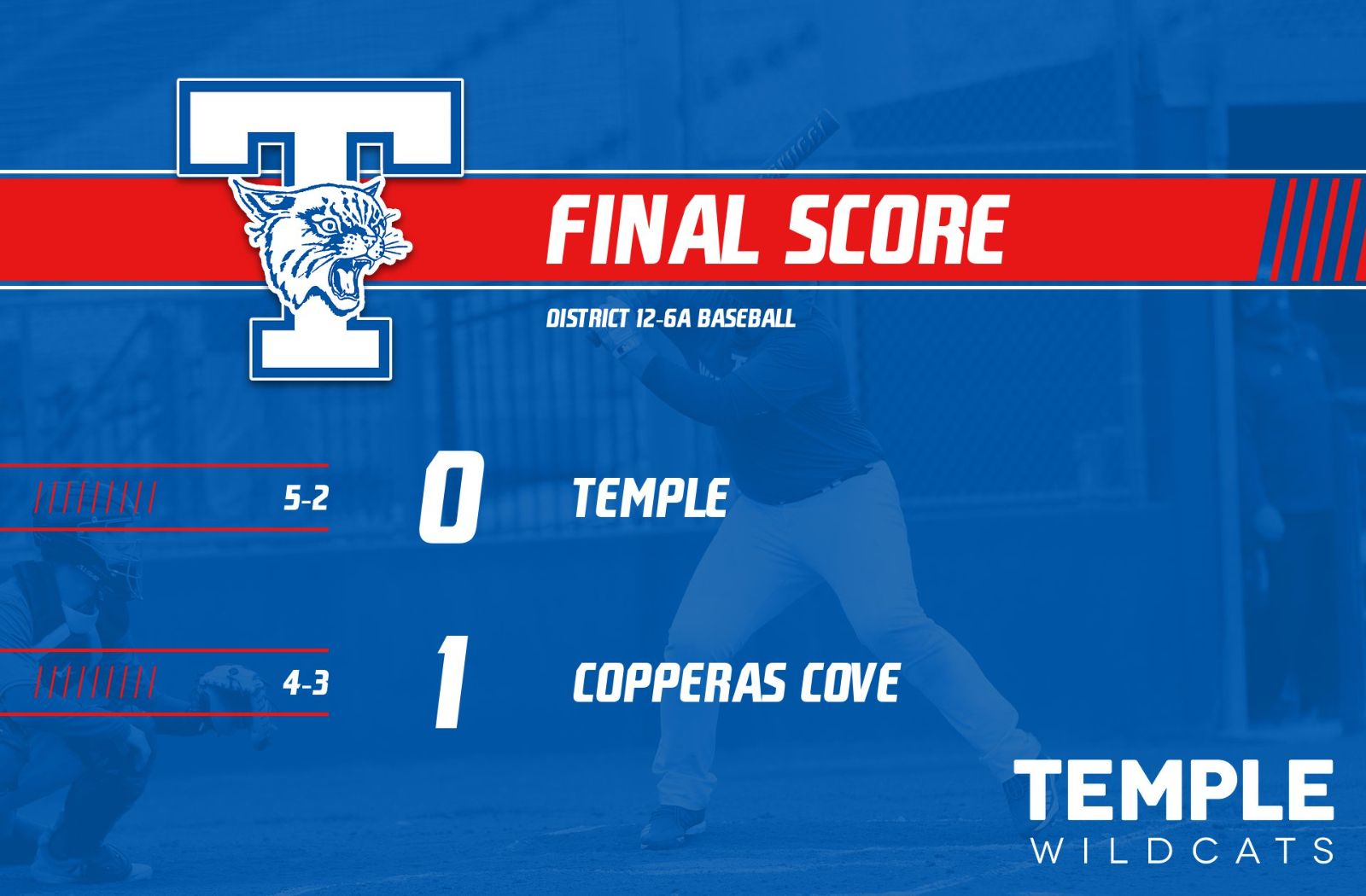 COPPERAS COVE – The Temple and Copperas Cove baseball teams matched up in a pitchers dual on Tuesday night that took both teams into the extra inning tied at 0-0. In the extra frame, Copperas Cove got a 2-out sacrifice fly to defeat Temple by a score of 1-0.

Senior Aaron Wagaman pitched seven strong innings giving up four hits while striking out 12. However, in the 8th Wagaman hit the first batter of the inning and that runner would come around to score on a one out sacrifice fly to give the Bulldawgs the 1-0 victory over Temple.

Temple struggled at the plate on the night picking up only a second inning single by Aaron Wagaman.

The Wildcats had several opportunities to score on the night but could not find the timely base hit to break the scoreless tie. The Wildcats loaded the bases in both the second and fifth innings but came up empty in both occasions.

Temple (5-2) will travel to take on Bryan on Friday to take on the Vikings at 7pm. 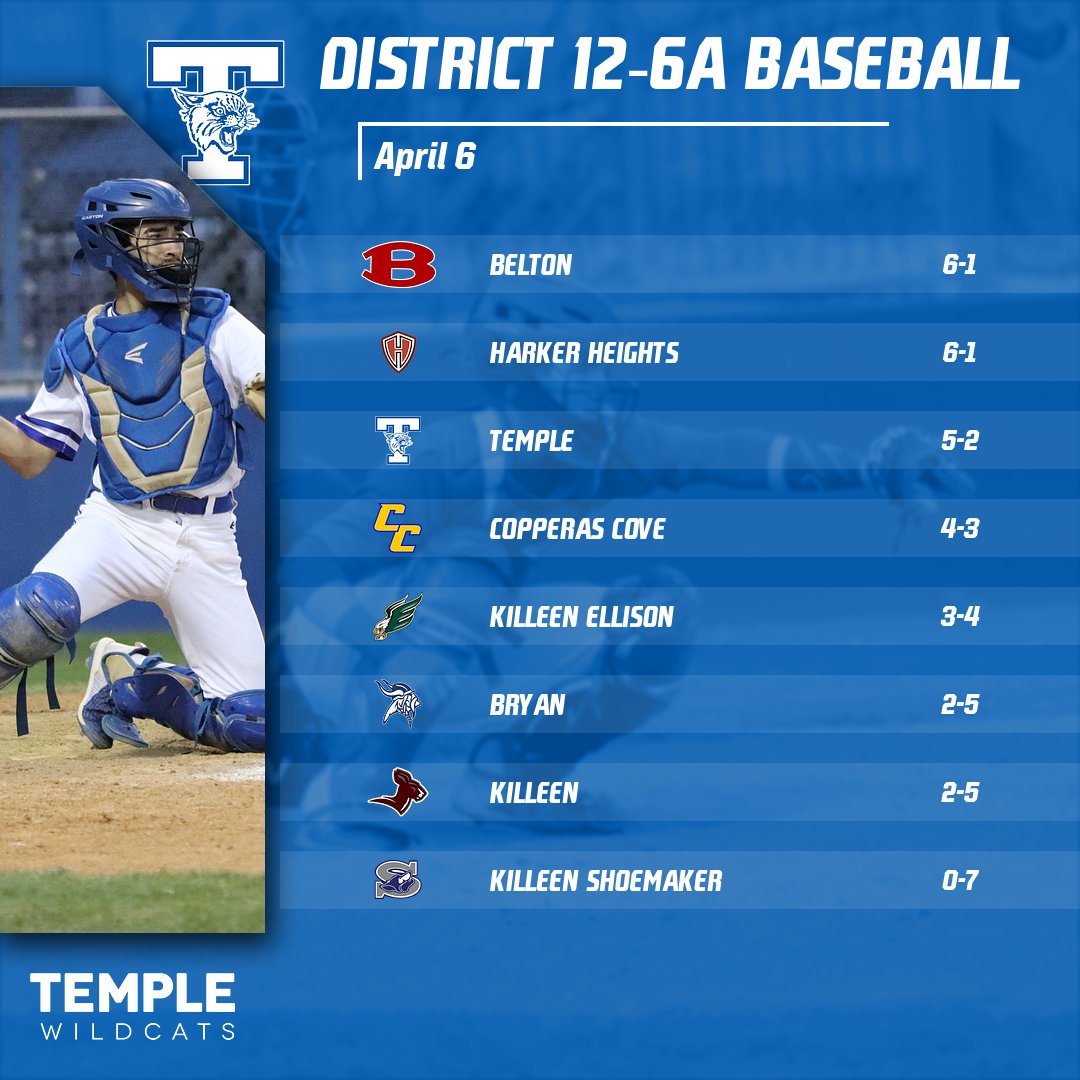