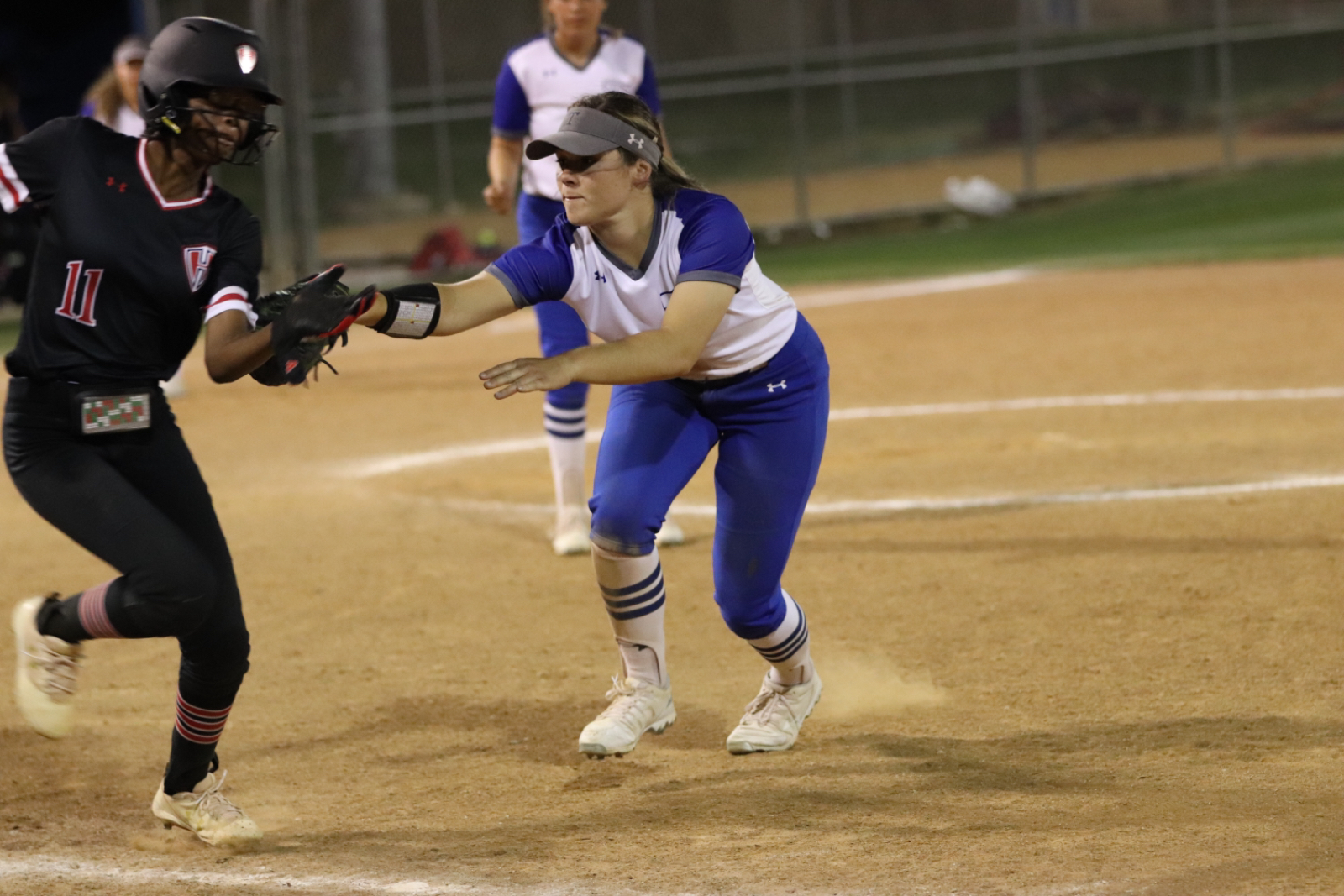 The Tem-Cat softball earned a big victory over Harker Heights on Tuesday night. Temple got a complete game shutout from senior Nadia Frausto and a pair of extra base hits driving home three runs from senior first baseman Cameryn Stewart to defeat the Lady Knights by a score of 7-0.

Frausto went 7.0 innings on the mound giving up 9 hits and only walking one batter on the night. Even with a pair of errors by the Tem-Cat defense, Frausto was able to rise to the challenge and keep the Lady Knights off balance and of te scoreboard with few good scoring chances over the evening.

With Temple only able to manage a leadoff walk by Cameryn Stewart in the second, the Tem-Cat offense started to come to life in the third. Tiara Robinson and Chloe Prentiss each singled to put a pair of runners on and later score on Lady Knight errors to give Temple an early lead. However, Cameryn Stewart would push across a third run the traditional was with an RBI double giving Temple a 3-0 lead.

In the fifth, Temple would extend the lead to 5-0 as Stewart once again drilled the first pitch she saw over the left fielder for a 2 RBI triple.

Temple would give Frausto even more security going her final inning of work as they pushed across two more runs capped by RBI singles from Elise Munoz and Lily Wiser.

On the night, Temple attacked the ball well on offense as they collected 12 base hits. Cameryn Stewart had the most productive night at the plate going 2-3 with an RBI double and 2 RBI triple. Meanwhile, the three batters in front of her spent much of their evening on the bases too.

Leadoff hitter Chloe Prentiss was 3-4 on the night scoring three runs and stealing a base while Elise Munoz was 3-4 with an RBI and 2 runs scored and Lily Wiser was 2-4 with an RBI.

Temple 3-7 in district play will travel to Killeen on Friday to take on Ellison at 7pm.

Click here to read the article in the Temple Daily Telegram by Marcus Hood. 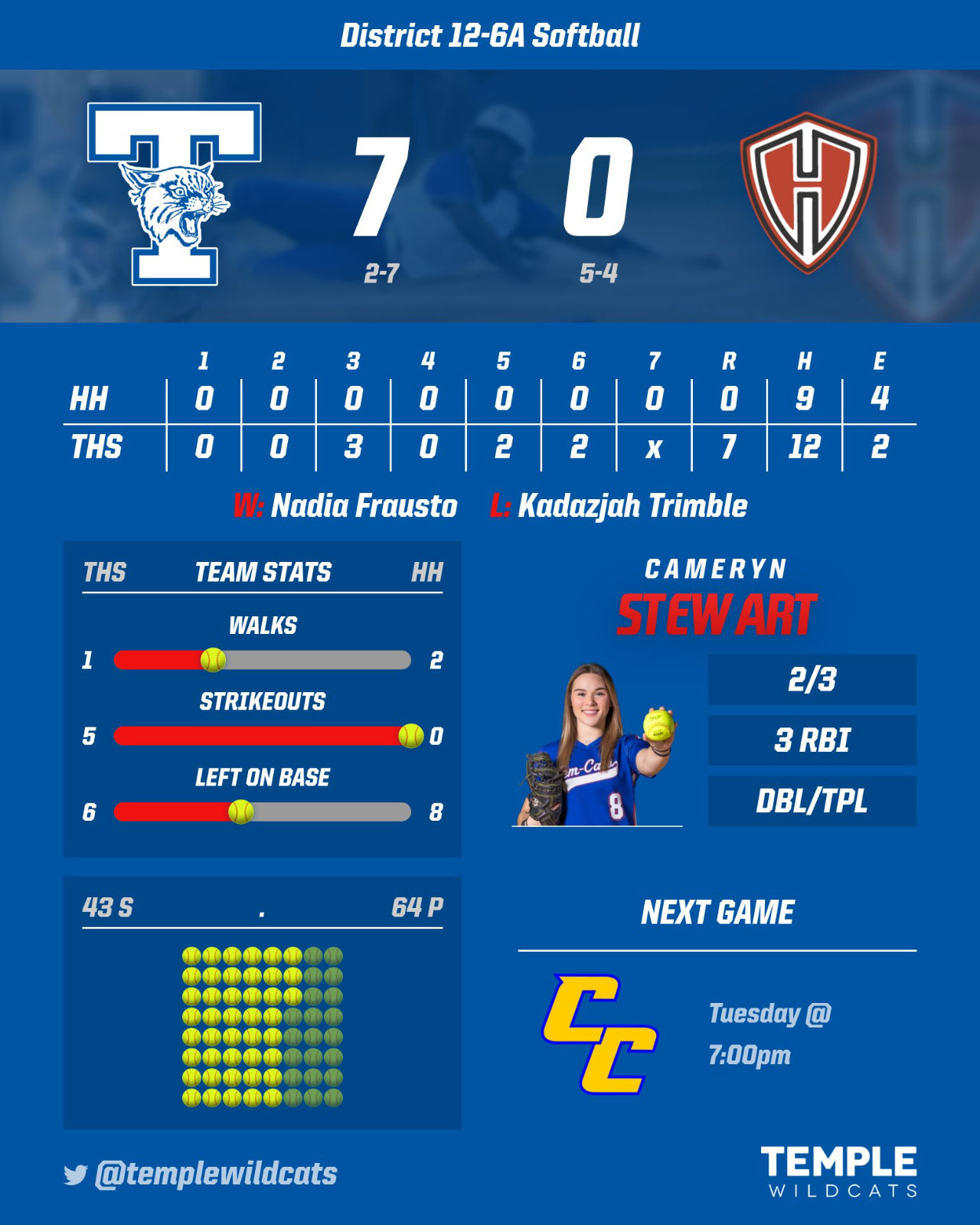 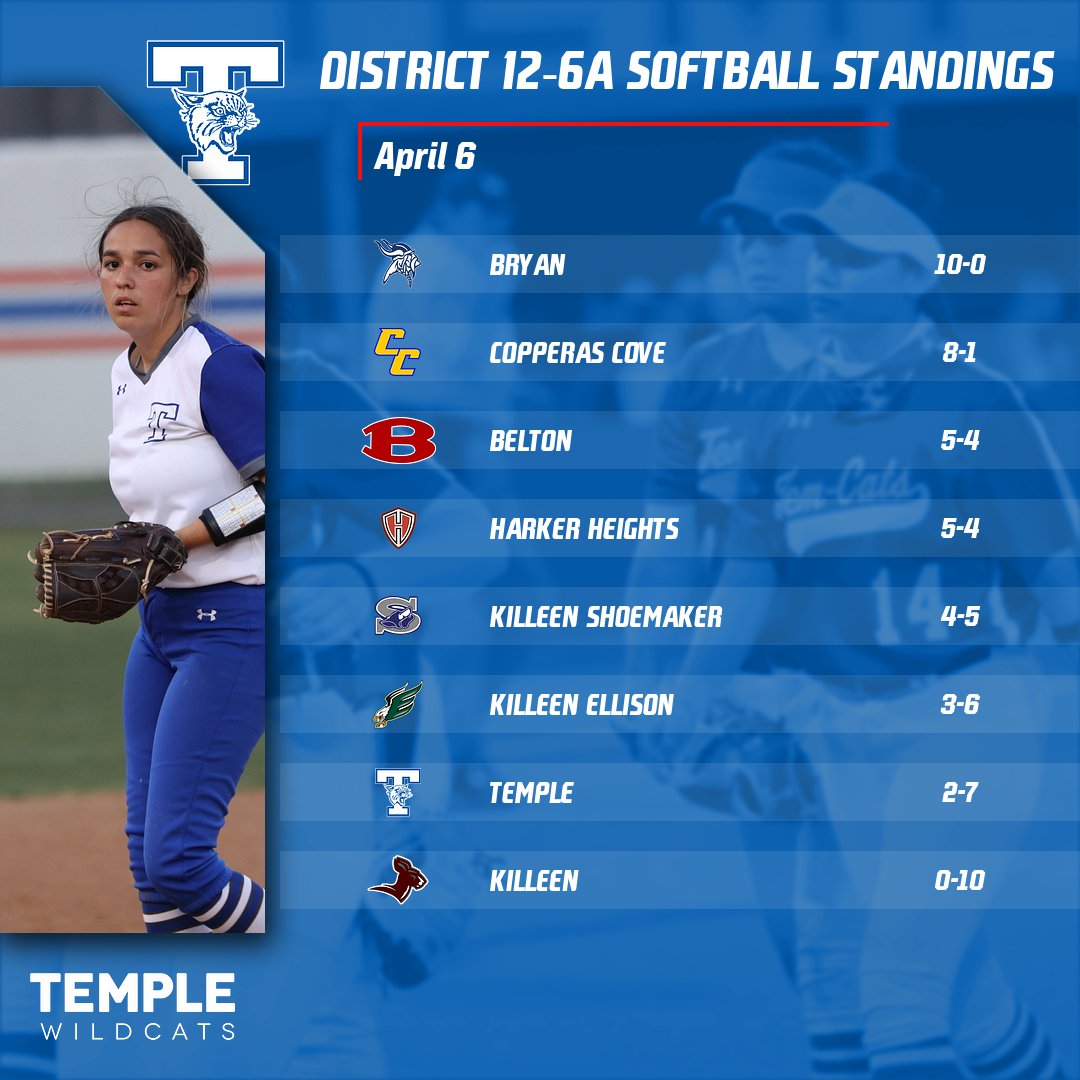