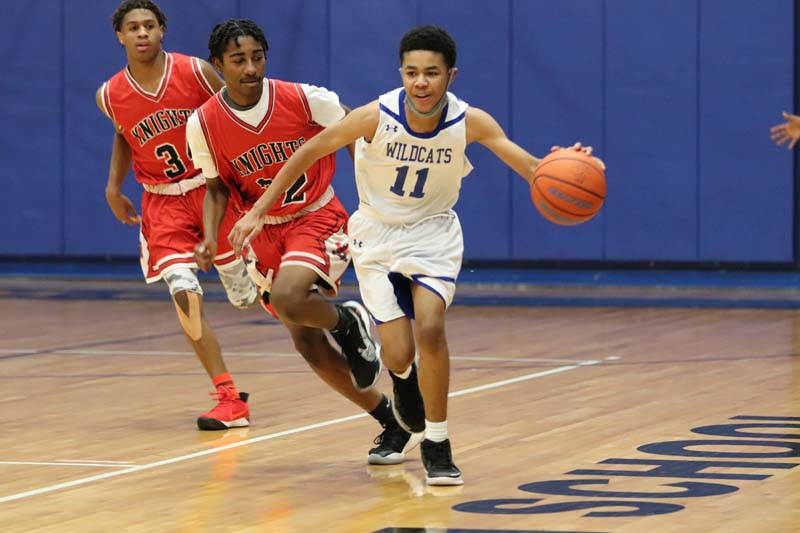 The Temple freshman boys white basketball team hosted Harker Heights on Tuesday evening at Wildcat Gym. In just their third game of the season, their Wildcats fell to the Knight’s by a score of 53-19.

The Wildcats started slow and found themselves trailing 27-11 at halftime. Hoping to battle back, the Wildcats wasn’t quite able to overcome their opponent on this evening.

Temple was led by Marquis Russell and Keishun Hope each with 7 points. Brycen Gaines had 5 points Jerren Langrum with 1 point.

Temple 2-1 on the season will return to action on Tuesday, January 19th at Killeen Ellison High School with tipoff scheduled for 6:00 pm.