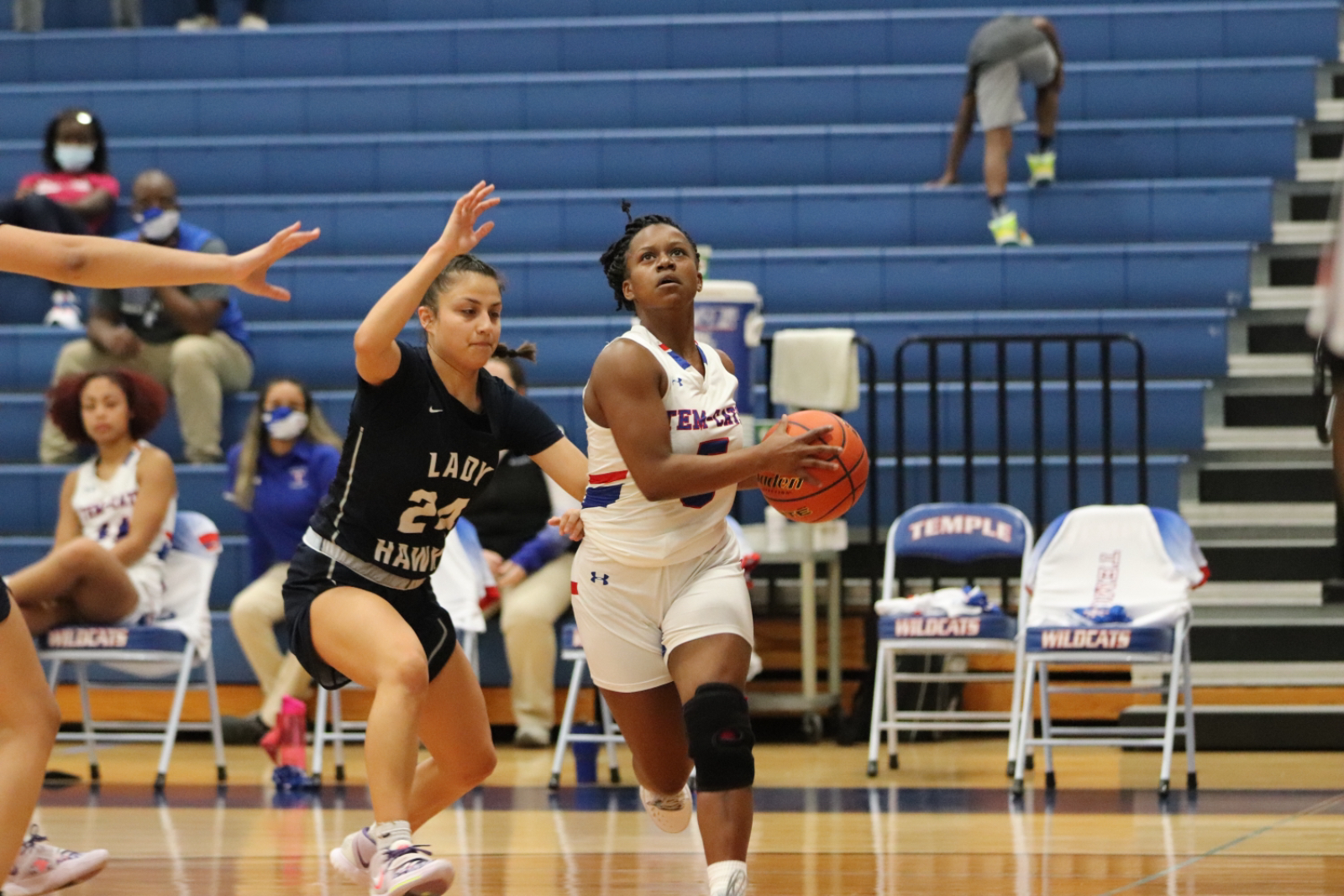 The Temple girls basketball team had their home opener on Friday night as they hosted Pflugerville Hendrickson at Wildcat Gym. The Tem-Cats built a five point lead lead after one quarter of play, however a 20-6 second quarter by the visiting Lady Hawks proved to be too much for the Tem-Cats to overcome as the Hendrickson defeated Temple 54-39.

The Tem-Cats led 8-3 after one quarter of play but the Lady Hawks took a 23-14 lead into the half. The Tem-Cat offense came to life in the second half led by junior Aniyah Hall who posted a team high 17 points. Hall also recorded 7 rebounds and 1 blocked shot on the night. Nyteria Colbert posted 10 points 5 rebounds, 2 assist and 2 steals while Aaliyah Thomas had 5 points and 5 rebounds. Tamera Copeland had 4 points while Taliyah Johnson, Haleigh Johnson and Deasia Stanton each had 1 point apiece.

Temple (0-3) on the season will travel to Austin on Saturday to take on Westlake at 4:30 pm.