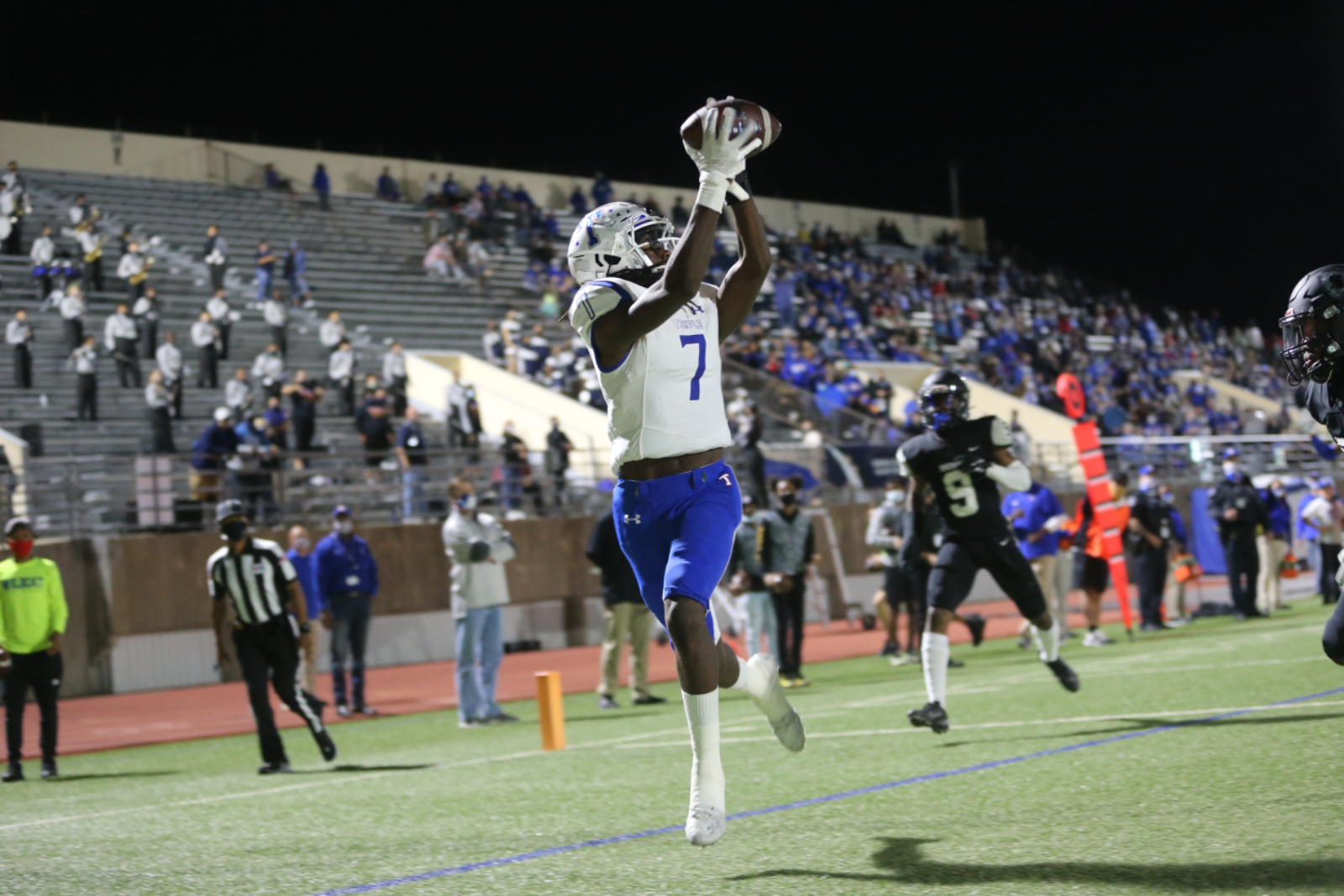 KILLEEN – With the outright District 12-6A championship within Temple’s grasp, heroes were plentiful for the Wildcats in the final 4 minutes of Thursday night’s high-stakes showdown against Killeen Shoemaker at Leo Buckley Stadium.

With Temple trailing 24-20, senior quarterback Humberto Arizmendi fumbled at the end of his 27-yard run but senior receiver Luke Allen was there to recover the football on the Grey Wolves’ 25-yard line.

Then on first-and-goal from the 8, the Wildcats moved receiver Mikal Harrison-Pilot to quarterback in a special package and the athletic sophomore fought through multiple defenders to crash in for the go-ahead touchdown run and a 27-24 advantage with 1:41 remaining.

And after a questionable spot by the officiating crew left Shoemaker facing fourth-and-1 from its 45 with a minute left, Temple linemen Jaylon Jackson, Eric Shorter and Jayven Taylor penetrated the backfield and combined to pull down standout senior running back Devin Brown for a 1-yard loss and a dramatic turnover on downs, followed by junior Samari Howard‘s 33-yard rush that sealed the outcome.

Pushed to the limit by speedy Shoemaker for the second straight season, the Wildcats needed all of those heroics to earn a back-and-forth, 27-24 comeback victory over the Grey Wolves that clinched Temple’s second consecutive 12-6A championship and its first outright league title since 2015.

“I’m going to tell you who gets all the credit is these kids and (assistant) coaches. I’m the gatekeeper and I have to make decisions, but I couldn’t be prouder of the job these coaches have done with this group. (It’s) a bunch of new coaches and a bunch of new faces.”

The feelings that surround Temple’s belief in its team were evident during its hearty postgame celebration on the field.

On an evening when they uncharacteristically were limited to a combined three catches for 14 yards, senior receivers Allen and AJ McDuffy didn’t seem to care at all as they shared a joyous embrace. Offensive coordinator Josh Sadler apologized for barging into a postgame interview, then gave Stewart a bear hug. Boisterous players hoisted the gold ball trophy they received for capturing the district championship. Many group photographs were taken, and loud music blasted from the Wildcats’ jubilant locker room.

In 2019 Temple shared the 12-6A championship with Waco Midway, but the feelings about that league title were more subdued because the Panthers dominated the Wildcats 52-28.

This season, though, Temple doesn’t have to share the district crown with anyone else.

Click here to read the article on TempleBeltonSports.com by Greg Wille 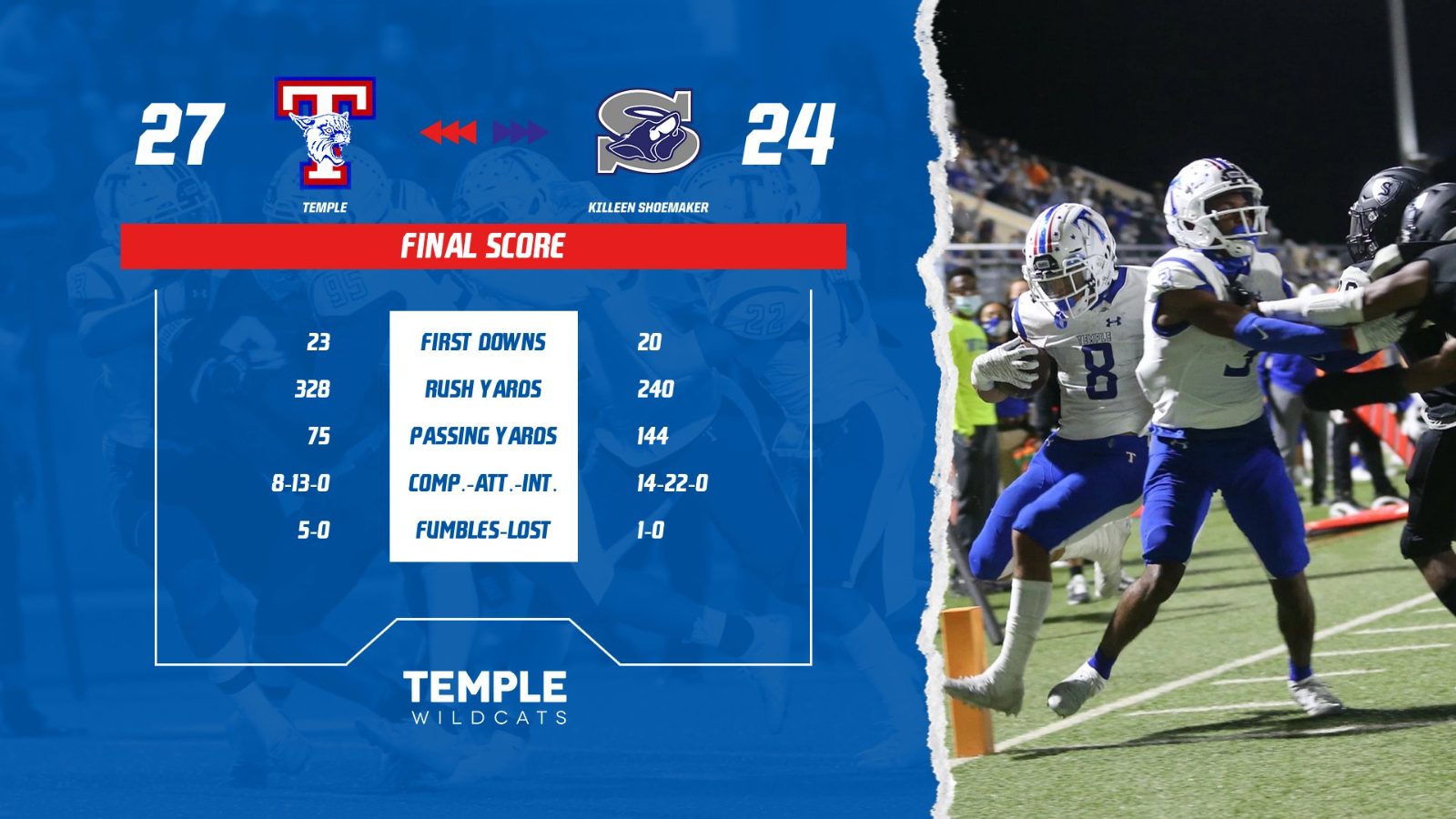 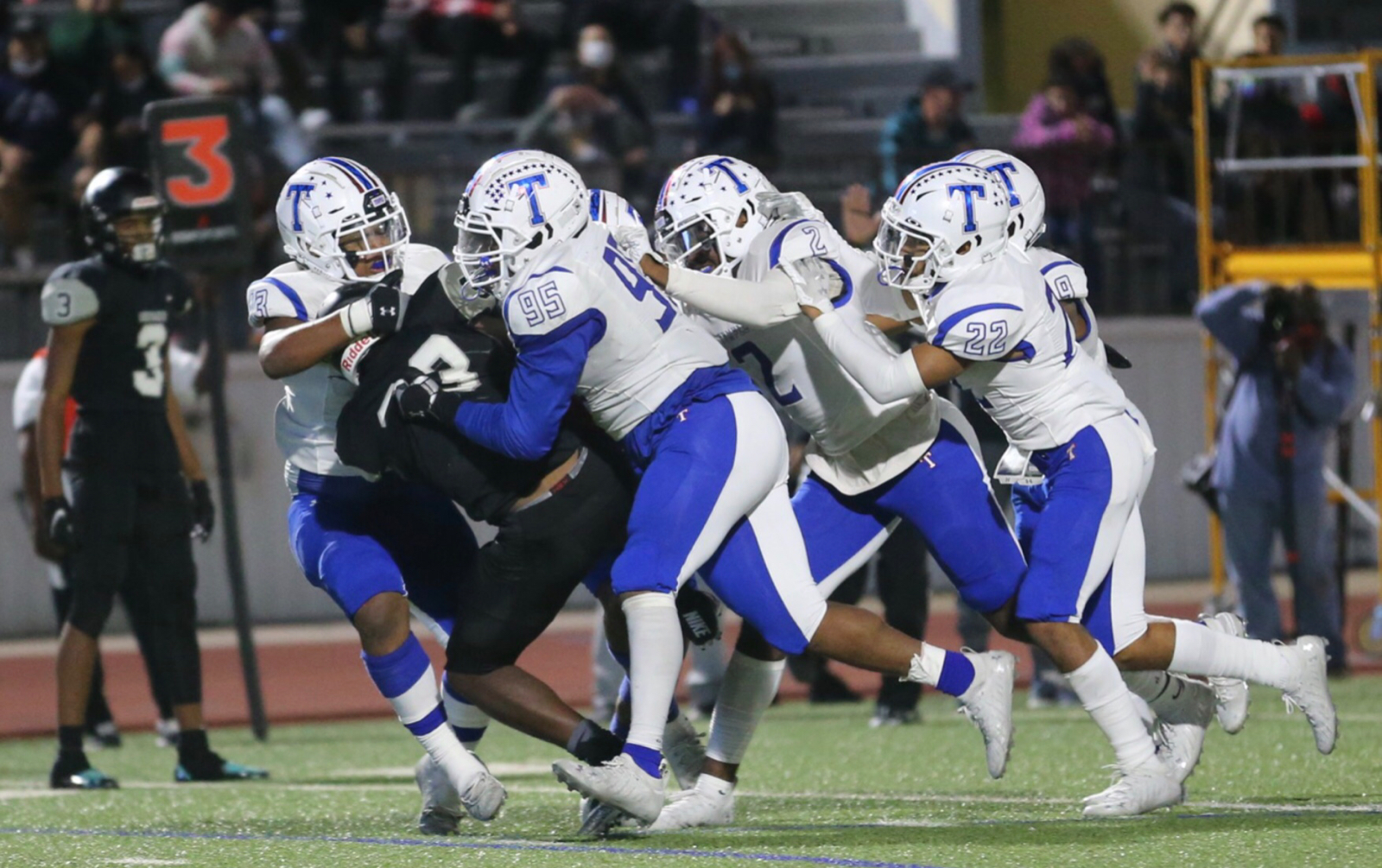 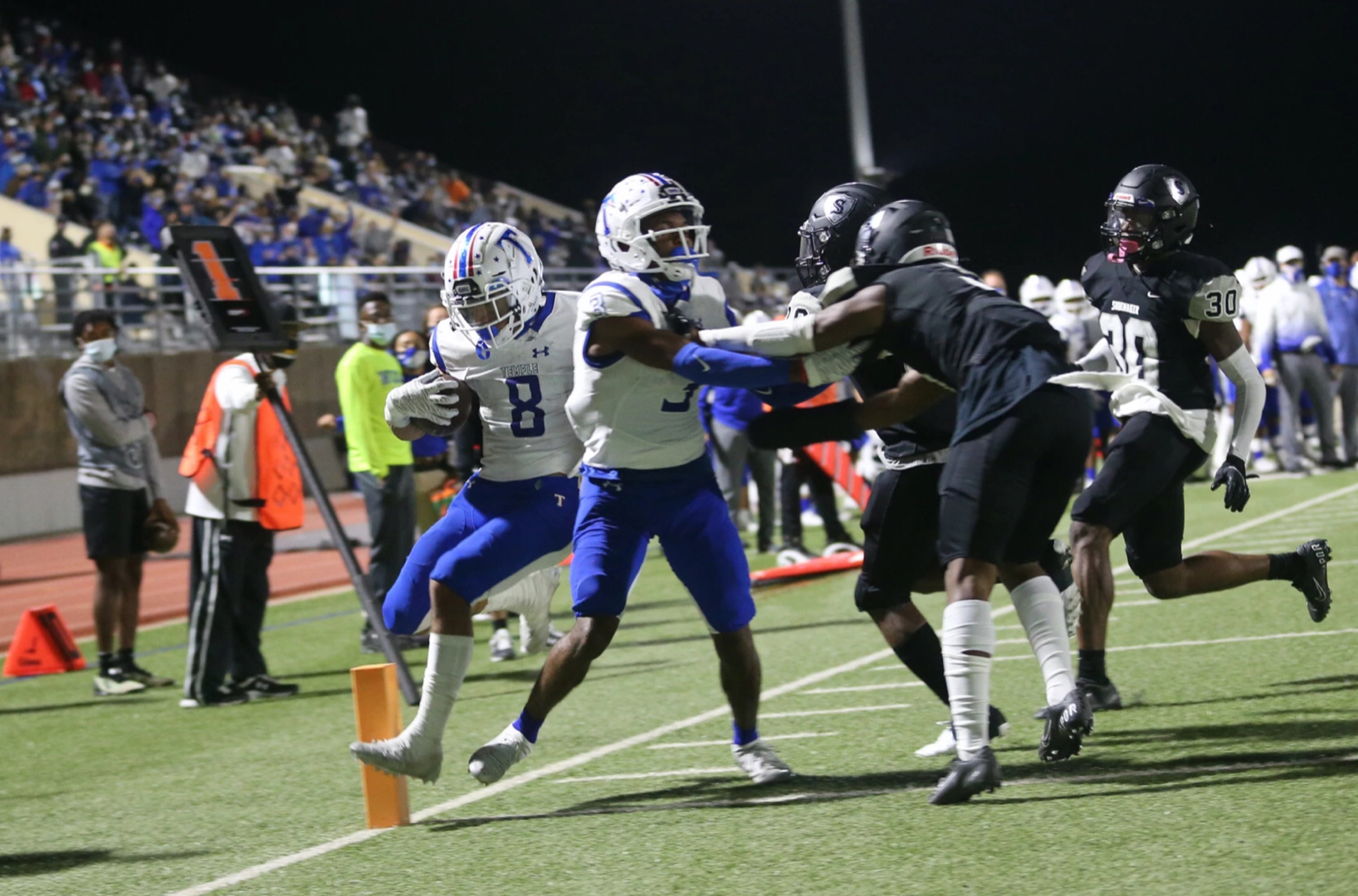