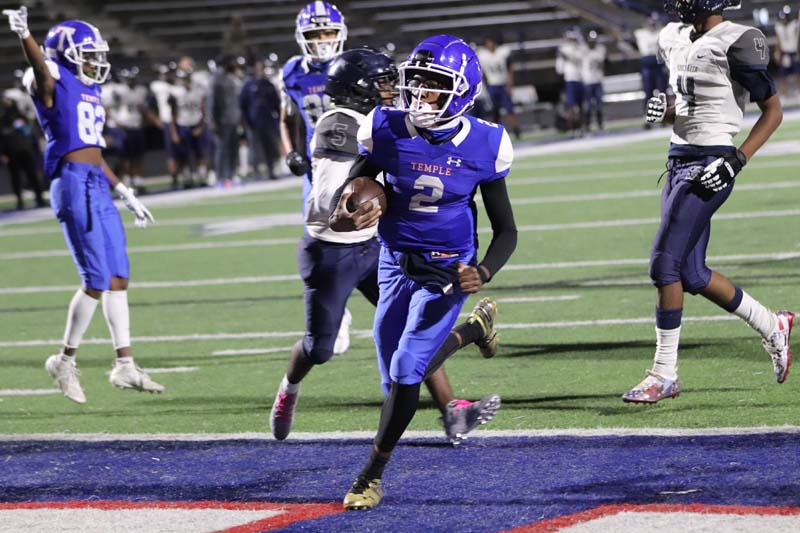 The Temple junior varsity blue football team hosted Killeen Shoemaker on Thursday night and earned a 26-6  victory over the Greywolves in District 12-6A play.

Caleb Hill accounted for two touchdowns with a touchdown pass and ran for another. Darius Wilkerson also found the endzone with a rushing touchdown.

The defense had an impressive night forcing a pair of Shoemaker turnovers with the Julian White leading a strong defensive front line for the Wildcats.

Terian Williams-Echols had blocked punt in the first half that led to a Wildcat touchdown.

Temple improved to 5-3  on the season and 5-1 in district play. They will travel to Killeen on Tuesday to face the Killeen Kangaroos in their final game of the season. Kickoff is set for 2:00 at Leo Buckley Stadium.