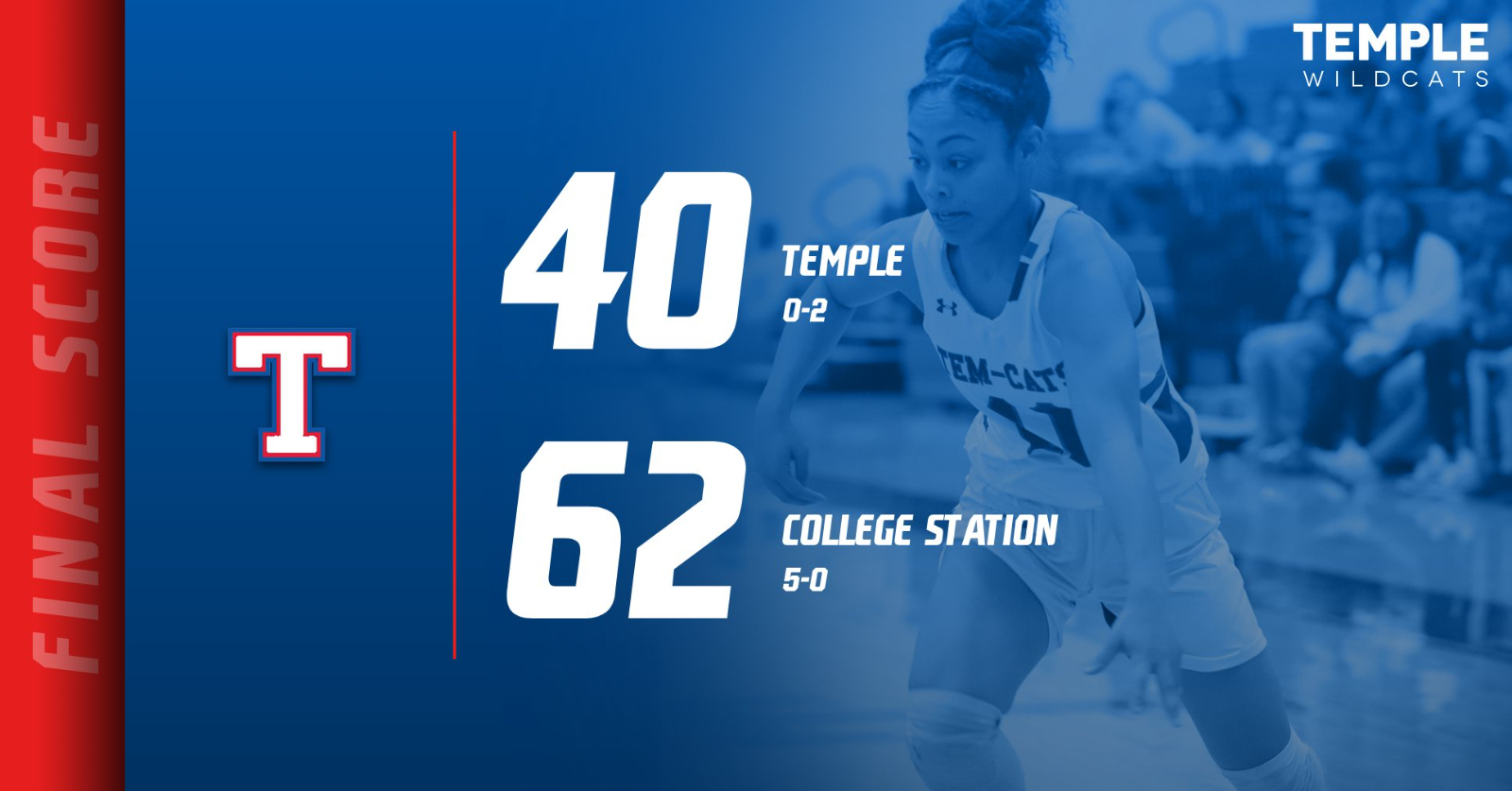 COLLEGE STATION – The College Station Lady Cougars used a strong second quarter surge to defeat the Temple Tem-Cats by a score of 62-40 last night in a non-district tilt at College Station High School.

Temple was led by Taliyah Johnson with 14 points and Aniah Hall with 13. Nyteria Colbert posted 8 points and Aaliyah Thomas with 5.

Temple (0-2) on the season will prepare for their home opener on Friday when they host Pflugerville Hendrickson at Wildcat Gym beginning at 7:00 pm.