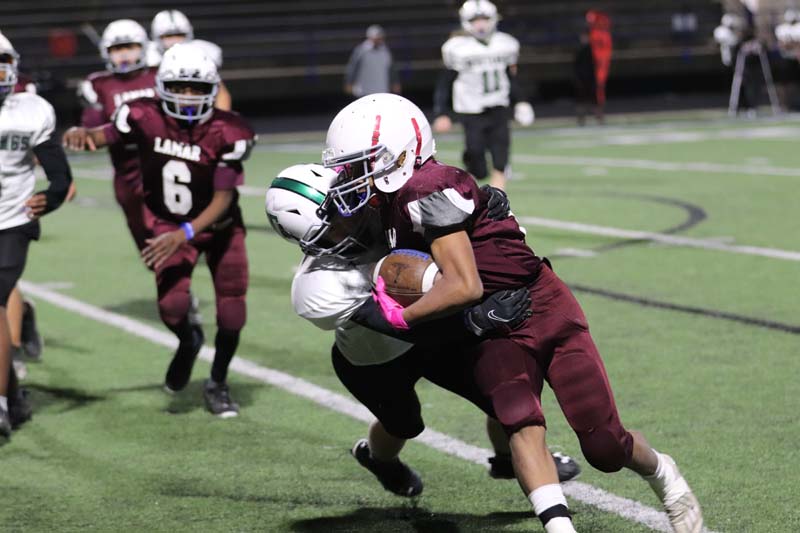 The Lamar 8th grade football teams closed out a stellar season in the Central Texas District championship game on Tuesday night at Wildcat Stadium in a matchup versus their rival and Temple ISD opponent, the Travis Science Academy Mustangs. The game was a matchup between the two division champions over the course of the regular season.

The “A” team fell to Travis by a score of 32-20.  Notable players for the Bearcats included: Adrian Haskins, O’Ryan Peoples, Lezlie Jackson, Kirk Gildon, Dai’Shawn Hamilton and DeMontrae Wheelock.

Lamar finished at 7-2 on the season and champions of the Division I bracket.

The “B” team fell to Travis by a score of 31-20. Notable players for the Bearcats were Zamarion Chambers, Yahira “Ya Ya” Diaz, Tyler Black, Phillip Peake, Miguel Cortez and Marcus Hawthorne.