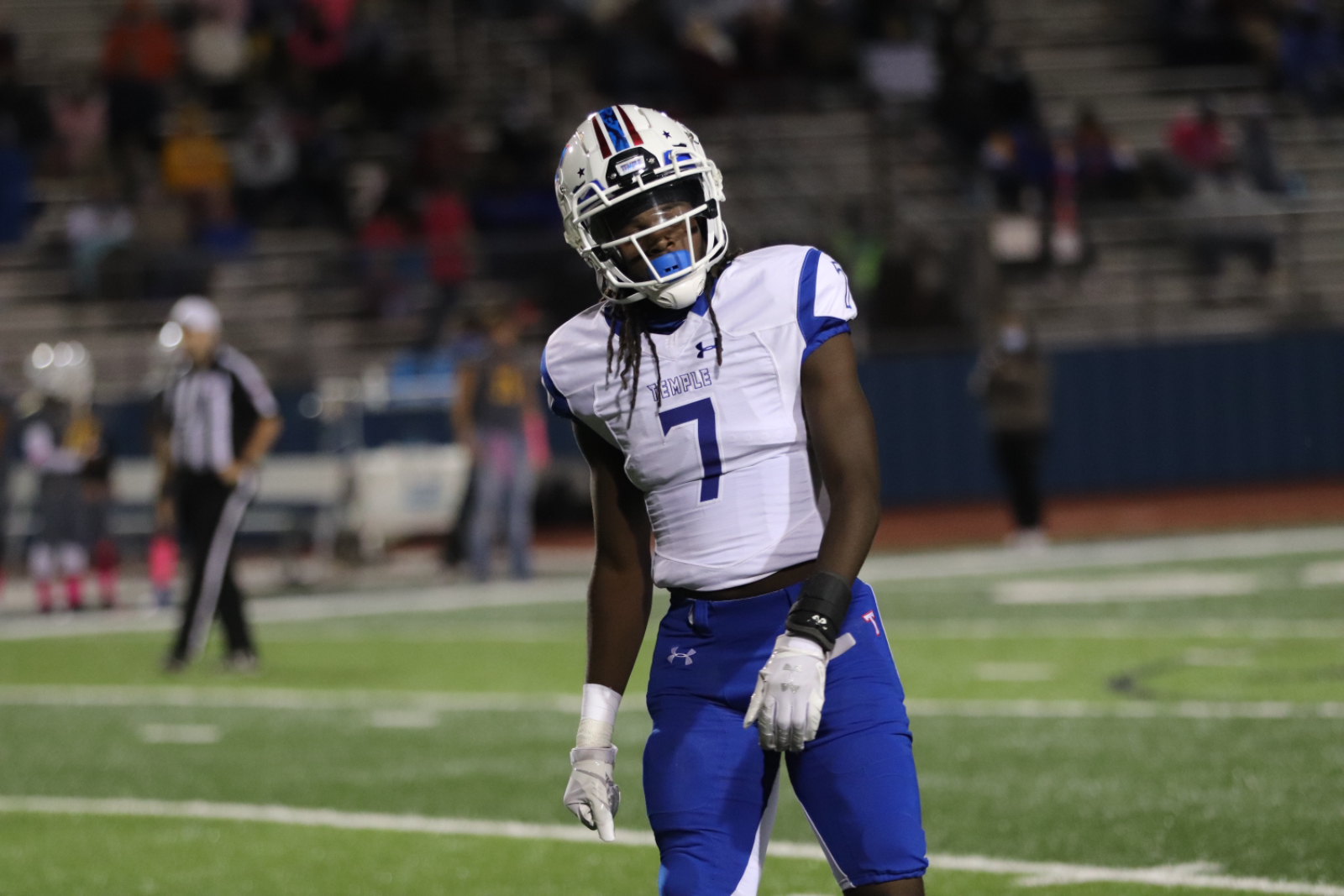 Mikal Harrison-Pilot has many impressive attributes and qualities. He’s a dedicated student, a talented and versatile four-sport athlete and a good-mannered, respectful young man. And his dreadlock hairstyle is pretty cool, too.

One thing the Temple sophomore certainly has proven himself to be adept at is demonstrating the ability to move on from one situation to the next and make the best of the given circumstances, which sometimes has meant facing and adversity and overcoming it.

As an eighth-grade student-athlete at Travis Science Academy, Harrison-Pilot suffered a serious injury to his left wrist in his final football game, knocking him out of the entire basketball season and requiring months of rehabilitation.

As a 14-year-old freshman at Temple, he accepted the challenging task of being the varsity team’s starting free safety and he stuck there for all 11 games, earning second-team all-district honors as the Wildcats shared the District 12-6A championship and grabbed their seventh consecutive playoff berth.

This year, it seemed likely in the months leading up to the COVID-19-delayed season that the mobile, strong-armed Harrison-Pilot would become Temple’s starting quarterback as a sophomore. However, senior QB and first-year varsity player Humberto Arizmendi outplayed him in a preseason scrimmage to earn the starting position, and Arizmendi has validated head coach Scott Stewart‘s decision by passing for 1,450 yards and 20 touchdowns for the playoff-bound, district-leading Wildcats (7-1, 5-0).

By now, you can probably guess that Harrison-Pilot – one of Temple’s team captains – didn’t simply sulk and go stand on the sideline. That’s just not really his style, and it wasn’t his coach’s plan, either.

No, instead Harrison-Pilot maturely and seamlessly made an immediate transition to a starting role at inside receiver, where the 6-foot, 184-pound sophomore has produced 354 yards and four touchdowns on a team-leading 28 receptions in the seven games Temple has played on the field.

“He got me,” Harrison-Pilot said of Arizmendi regarding their extremely close preseason quarterback competition. “But I knew I’d definitely play somewhere, and I’d be fine with it, too, and do it to the best of my ability. I just do whatever the coaches tell me to.

Click here to read the article on TempleBeltonSports.com by Greg Wille.