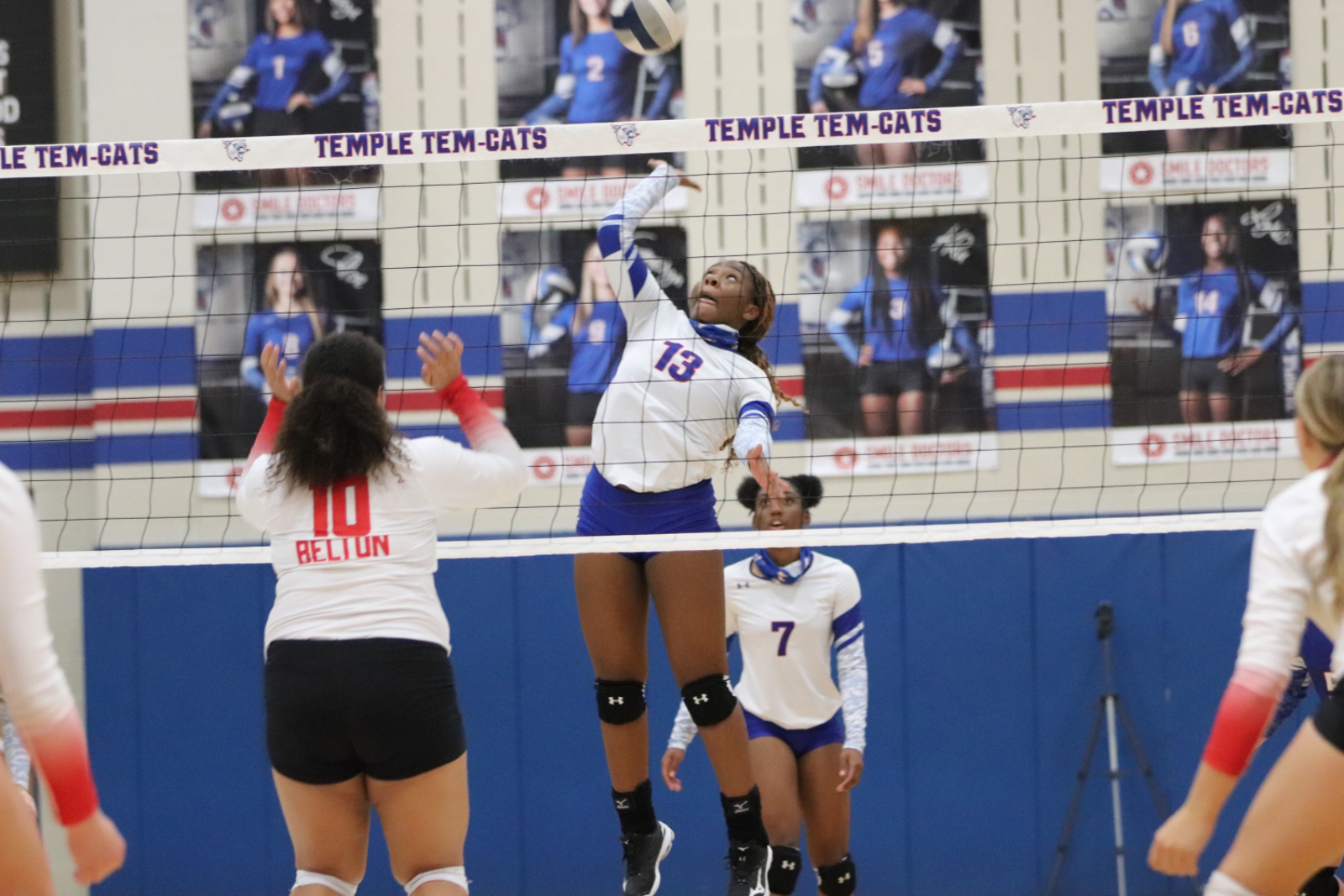 The Temple volleyball team hosted their rival Belton in a spirited battle at Wildcat Gym on Friday night. The Tem-Cats played started out strong but came up short in upsetting their rival.

Temple saw strong performances from their only two seniors Faith Farbo and Cameryn Stewart, Farbo had a team high 17 digs along with 3 aces and a kill while Stewart recorded 6 digs, 5 blocks, 3 kills, 2 assist and an ace.

Khia Kirkwood recorded a team high 8 blocks along with 6 kills at the net. Also recording 6 kills was Abi Kinney.

The match was the final game of the season for the Tem-Cats. Temple finished with a record of 0-14 in district play and 2-20 on the season. 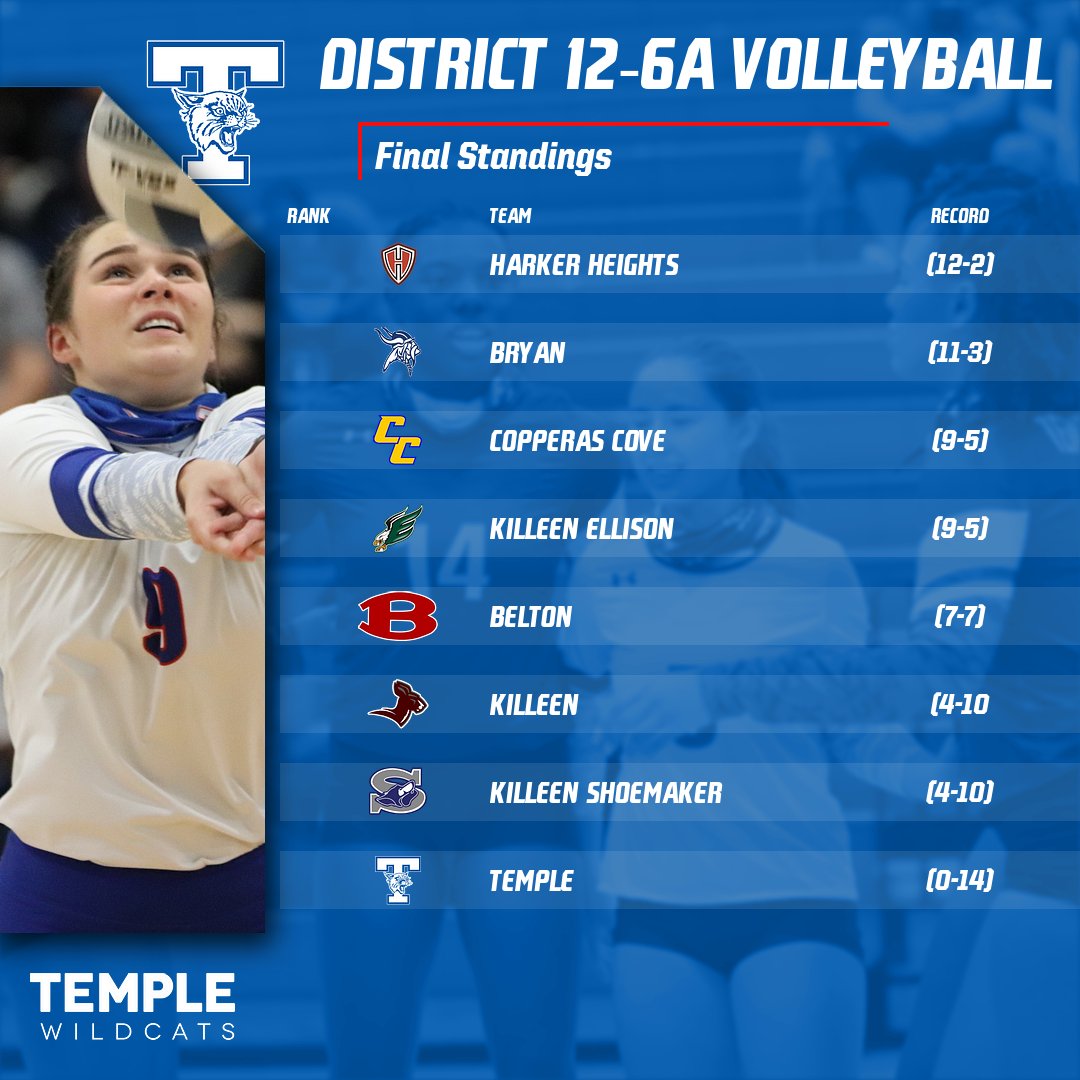