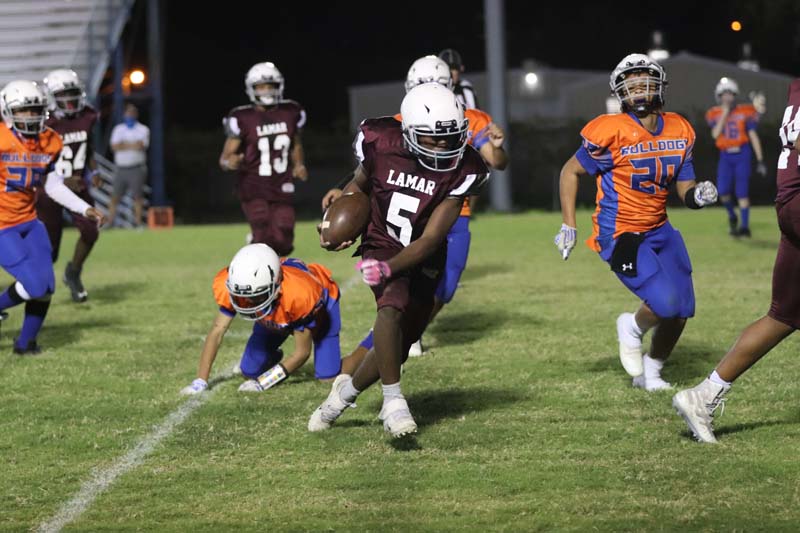 The Lamar 8th grade football teams earned a spot in the Central Texas District championship game on Tuesday night with a victory over their cross town rival Bonham. The win gave the Bearcats the championship of the Division I bracket.

Lamar improved to 6-1 on the season.

The “B” team fell to Bonham by a score of 33-6. Notable players for the Bearcats were Tyler Black, Brice Smiley, JhaLeel Bryant, Miguel Cortez and Yahida Diaz.

The Bearcats, Division 1 Champions (6-1 season record) will face Travis Science Academy next Tuesday the Cen-Tex District Championship game at a time and site to be determined.