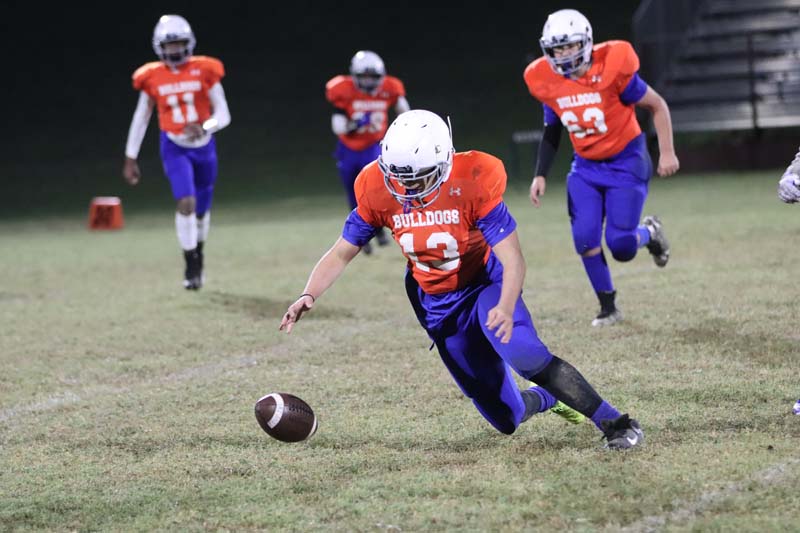 The “A” team fell to Copperas Cove by a score of 12-6. For the Bulldogs, the Offensive MVP was the entire offensive line.

The “B” team defeated Copperas Cove by a score of 7-0. The MVP for the Bulldogs was Seven Fleming with with a fumble recovery and a touchdown.

Bonham improved to 4-0 on the season.

Bonham is will host the Midway Red team next Tuesday at Bonham Middle School beginning at 5:00.