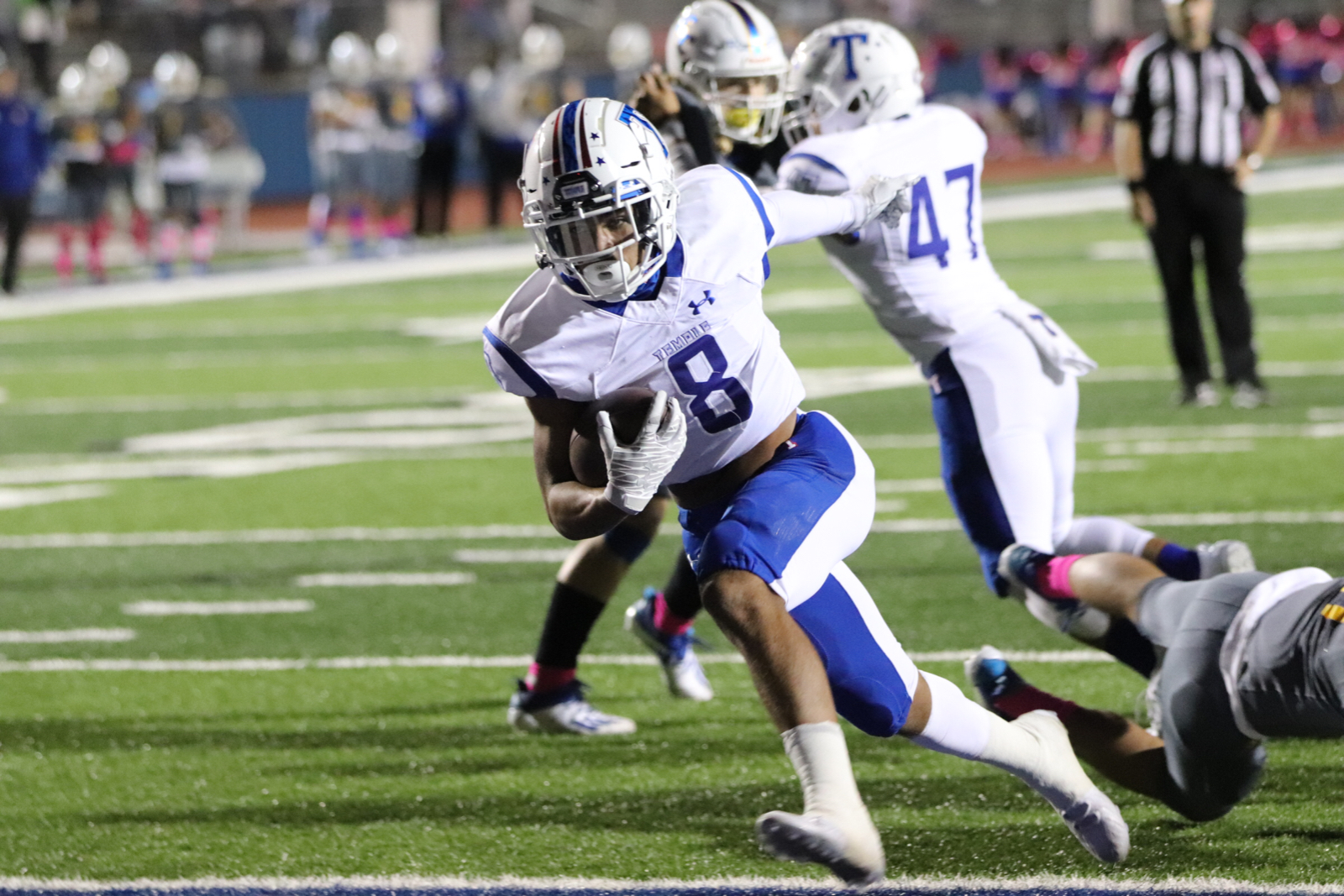 COPPERAS COVE – Temple scored the first 24 points in its District 12-6A opener Friday night against Copperas Cove, getting two touchdown runs and three 2-point conversion runs from Samari Howard and a TD pass from Humberto Arizmendi to AJ McDuffy in the opening 9 minutes.

So, why did Temple head coach Scott Stewart have to show his self-proclaimed “ugly side” at halftime and use the term “unacceptable” after the game? Well, because the host Bulldawgs didn’t simply roll over and succumb after incurring an early 24-0 deficit. Temple took its foot off the proverbial gas in the second quarter and was outscored 21-7 by resurgent Cove, turning a would-be blowout into a competitive 31-21 game by halftime.

A week after absorbing their first defeat, the Wildcats responded to Cove’s comeback by allowing only 61 yards after halftime and posting their third second-half shutout in four games as Temple regained full control on its way to a thorough 55-21 victory at Bulldawg Stadium.

“We just wanted to come out here and attack them, but then we got too lax and just let them come back,” said Howard, Temple’s junior standout who totaled 204 yards – 142 rushing on 19 carries and 62 receiving on six catches – and racked up 24 points with three touchdowns and three 2-point rushes. “Coach Stewart wasn’t happy at all. He said we got beat 21-7 in the second quarter. Coming into the second half, we knew we had to get that fixed, and we came out and dominated.”

The Wildcats rushed for 321 yards and gained 512 yards overall, allowing them to depart Bulldawg Stadium in a much better mood than they were in after Cove rallied in the fourth quarter to beat Temple 22-18 in the 2018 regular-season finale.

Temple (3-1) bounced back from its 43-25 home loss to Arlington Martin that was plagued by crippling mistakes on special teams. After the Wildcats learned those difficult lessons, the defending 12-6A champions learned some more on the road in their league opener – primarily that they can’t relax after seizing a large lead early, as they did against a Cove squad (1-3, 0-1) that one week earlier picked up its first win under new head coach Jason Hammett.

Click here to read the entire article on TempleBeltonSports.com by Greg Wille. 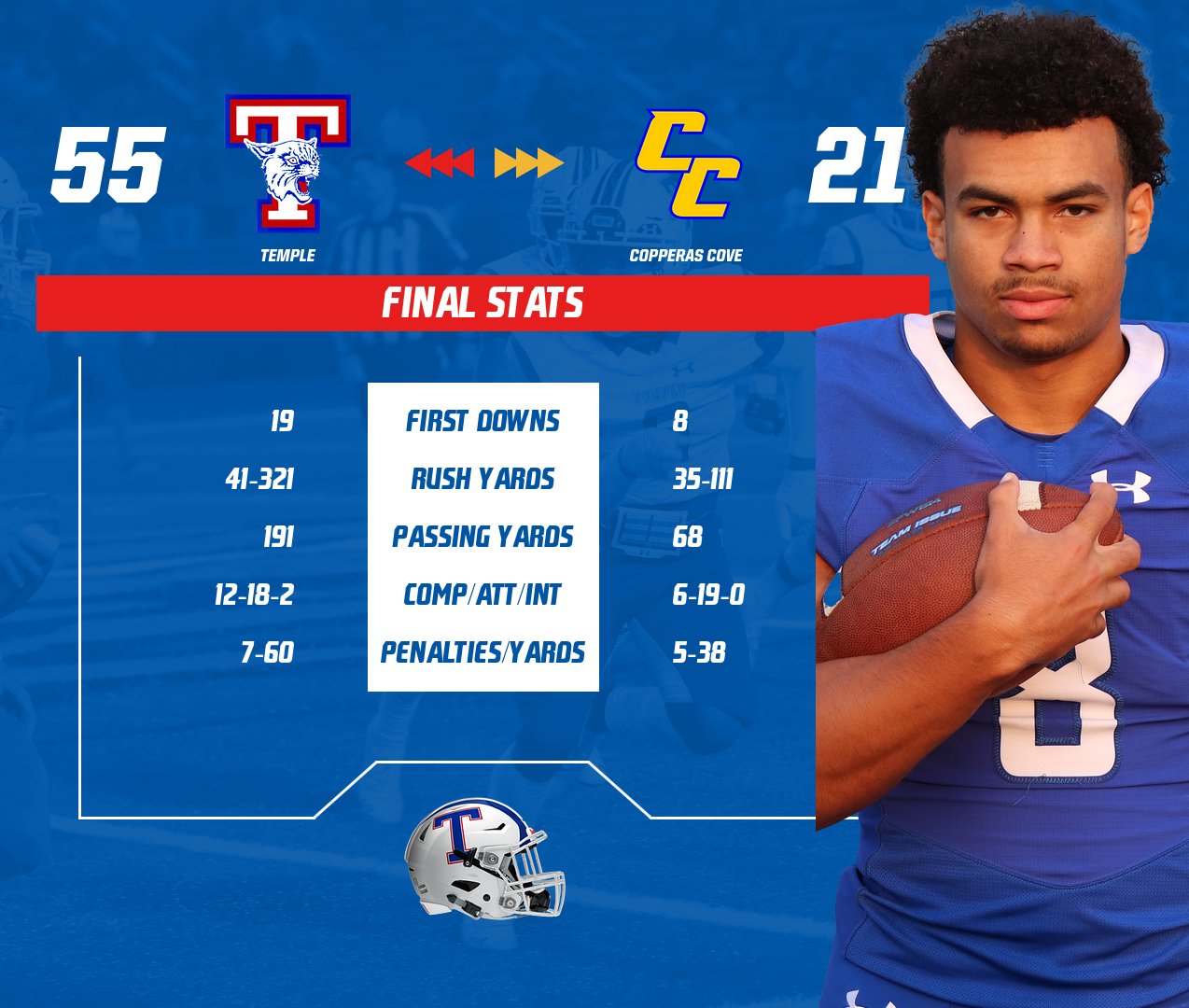