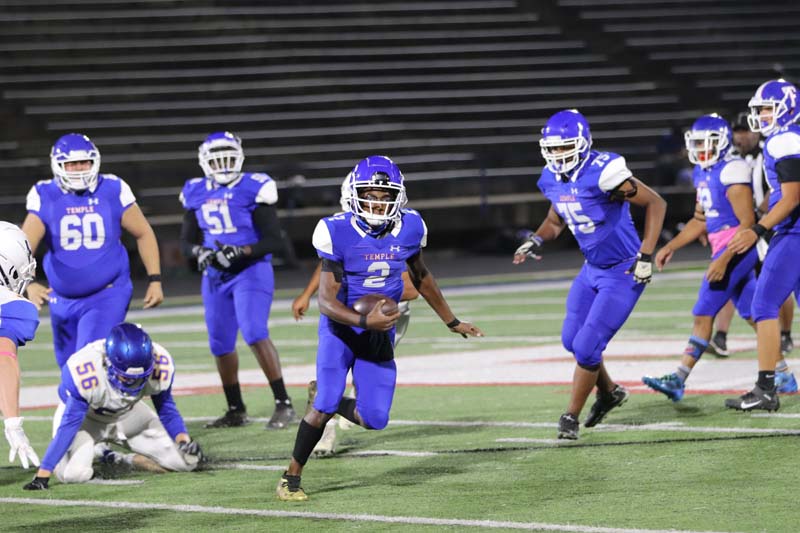 The Temple junior varsity blue football team hosted Copperas Cove on Thursday night and defeated the Bulldawgs by a score of 26-20 for their first win of the season.

William Garcia got the Wildcats going early as he blocked a Copperas Cove punt out of the endzone for a safety.

Temple improved to 1-2 on the season and 1-0 in district play. They will travel to Bryan next Thursday to take on the Bryan Vikings beginning at 7:00 pm.