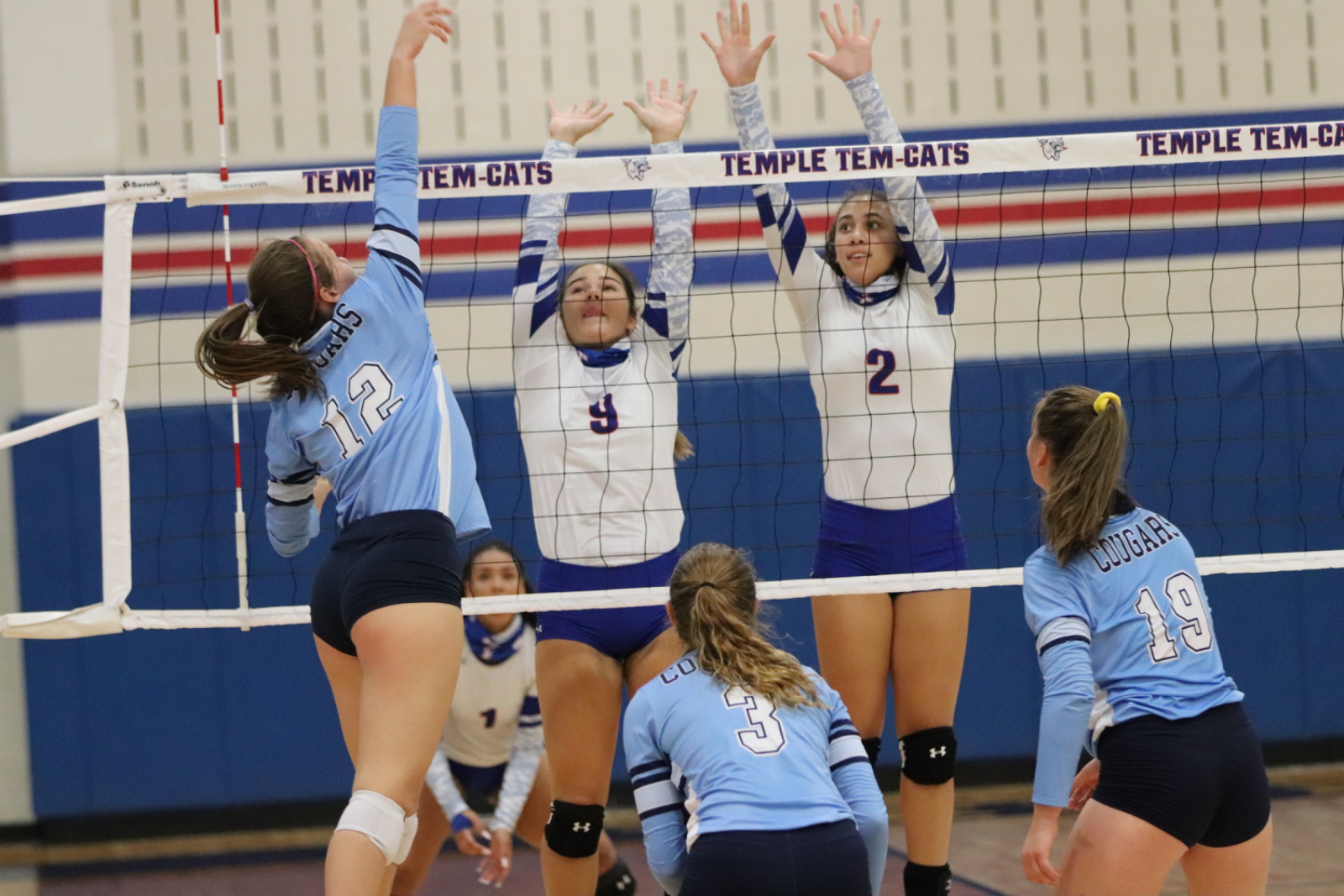 As the junior varsity match inside Wildcat Gym entered a decisive third set, the varsity Temple players began to peek through the thin, rectangular windows on the gym door leading to their freshly painted and sparkling home court.

The curiosity hinted toward some excitement and anxiousness as the long weeks and days leading up to the launch of a delayed season turned into just a few minutes. As the anticipation grew, the time for the Tem-Cats’ debut arrived Tuesday night. However, Class 4A China Spring — which has been at it since August — showed the polish of a team that has more than a dozen matches under its belt and picked up a 25-16, 25-7, 25-14 victory over Temple to remain undefeated.

Click here to read the entire article article by Joshua Weaver in the Temple Daily Telegram.