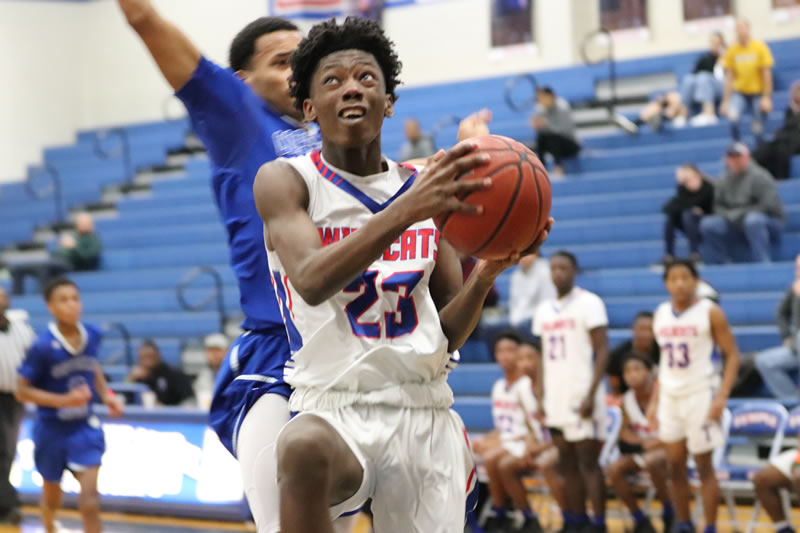 The Temple junior varsity boys basketball team snapped a four game losing streak on Tuesday night with a 54-38 victory over Copperas Cove in their final home game of the season.

Things didn’t start well for Temple as the Bulldawgs jumped out to an early 19-11 lead in the first quarter of play. However, with Mekhi’ Gutierrez’s six second quarter points, the Wildcats drew even with the Bulldawgs at 24-24 at halftime. Quintrell Lockett posted 6 points in the thrid quarter as Temple built a 40-30 lead going to the final quarter of play. Treyvion Wells sank four free throws and scored 6 points total in the fourth as Temple pulled away from Copperas Cove.

Quintrell Lockett led Temple with 12 points with Devan Williams and Treyvion Wells close behind with 11 each. Mekhi Gutierrez had 6 points, Quinton Anderson, Nyles Moreland and Lawrence Auston 4 points, Jaden Jackson 3 and with 1 points each, Nikolas Skinner and Jaquaz Freeman.

Temple improved to 13-16 on the season and 4-10 in district play. The Wildcats will travel to Harker Heights on Friday to take on the Knights beginning at 5:30 pm.