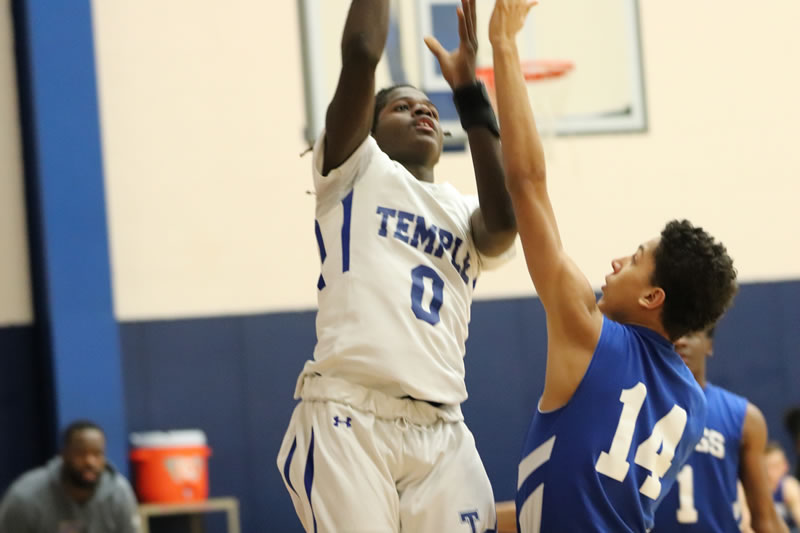 The Temple freshman blue boys basketball team defeated the Copperas Cove Bulldawgs by a score of 57-48 on Tuesday night at Wildcat Gym.

The Wildcats, playing their final home game of the season found themselves in a deep hole early as they trailed the Bulldawgs 18-9 after one quarter of play. However, a 17 point second quarter led by Taurean York’s 6 points pulled Temple within 30-26 at halftime. Mikal Harrison Pilot and Byron Collins each posted 6 points in the third quarter as Temple took a three point lead going to the final quarter of play. In the fourth, Temple continued to pull away despite shooting only 4 of 10 from the free throw line.

Temple improved to 18-4 on the season and 11-3 in district play. Temple will travel to Harker Heights on Friday to take on the Knights beginning at 5:00 pm.