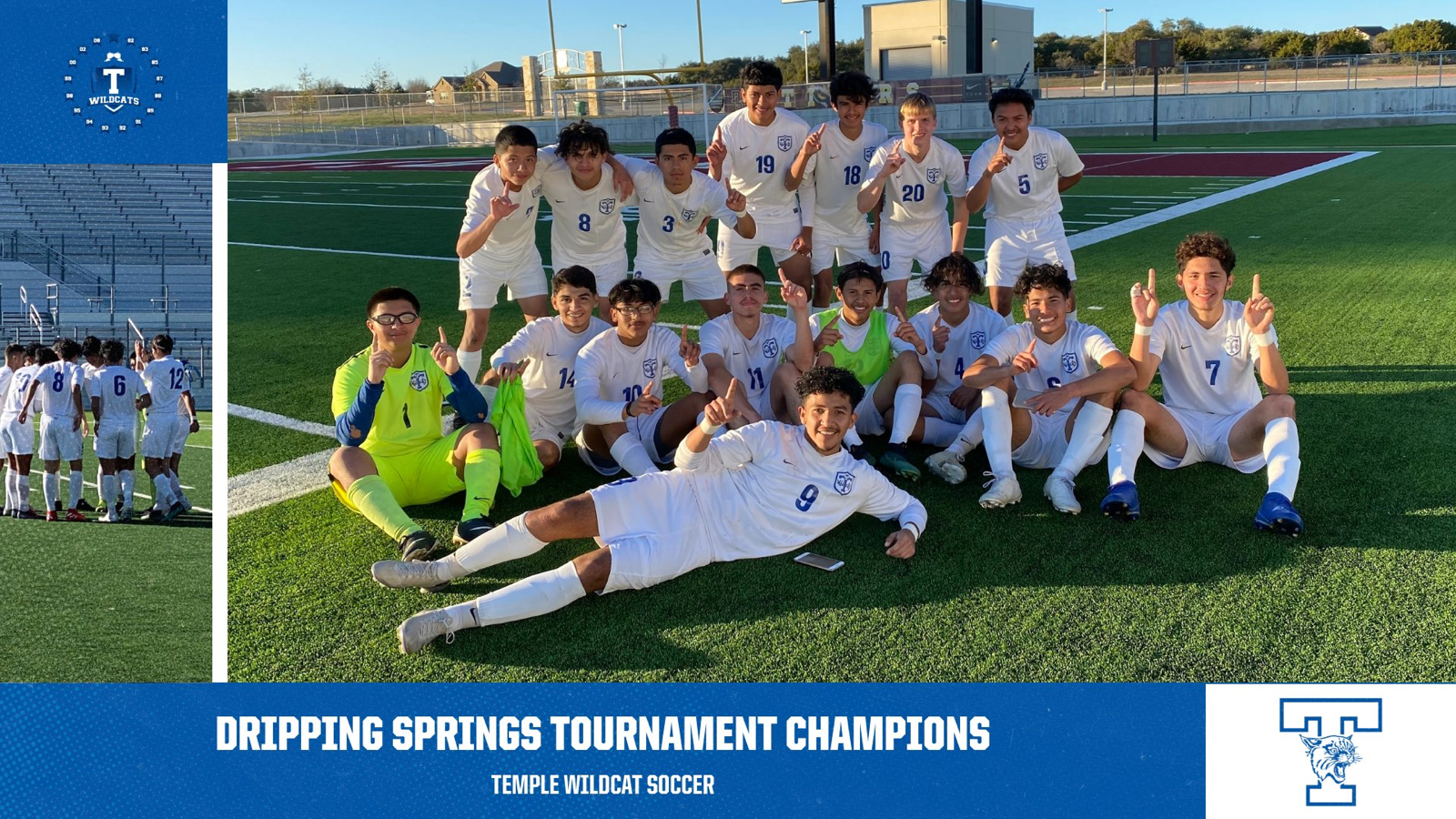 Temple was crowned the tournament champions with the victory which included earlier victories over Brazoswood 3-1 and Taylor 1-0.

Playing in a cool wind swept Tiger Stadium, Temple struck first just three minutes into the contest when goal keeper Jose Renteria punted the ball deep into the midfield. Angel Medrano corralled the ball and flicked the ball to Eric Ortiz who buried the ball into the corner of the net to give Temple a 1-0 lead. Dripping Springs (7-3) sent the two teams into halftime tied 1-1 with a goal at the eight minute mark left in the first half.

Both teams battle in the 1-1 tie until the 10 minute mark left in the contest. That’s when Temple’s Eric Ortiz stole a ball at midfield, slotted the ball through several Dripping Springs defenders and to Angel Medrano who fired the ball into the Tiger goal and a 2-1 Wildcat lead. Dripping Springs tried to turn up the pressure on the Wildcats, but Jose Renteria and the Wildcat defense would not be denied the 2-1 victory.