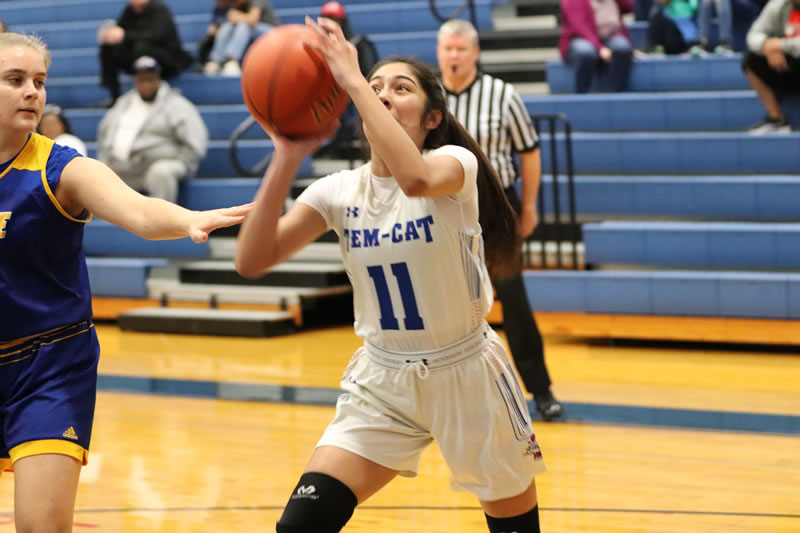 The Temple girls junior varsity basketball team found it hard to get in rhythm to start the game and found themselves in an early deficit. The Tem-Cats started finding their rhythm late in the second quarter but Copperas Cove pulled away late to defeat Temple 42-28 in District 12-6A action on Friday night at Wildcat Gym.

Temple found themselves trailing 14-4 in the first quarter of play and 25-10 at the halftime. They cut the lead to 27-21 going to the fourth but Copperas Cove pulled away with a 12-8 fourth quarter.

Temple completed the first round of district play with a record of 4-4. The Tem-Cats will face Harker Heights on the road Tuesday to start the second round. Tip-off is set for 5:30 pm.