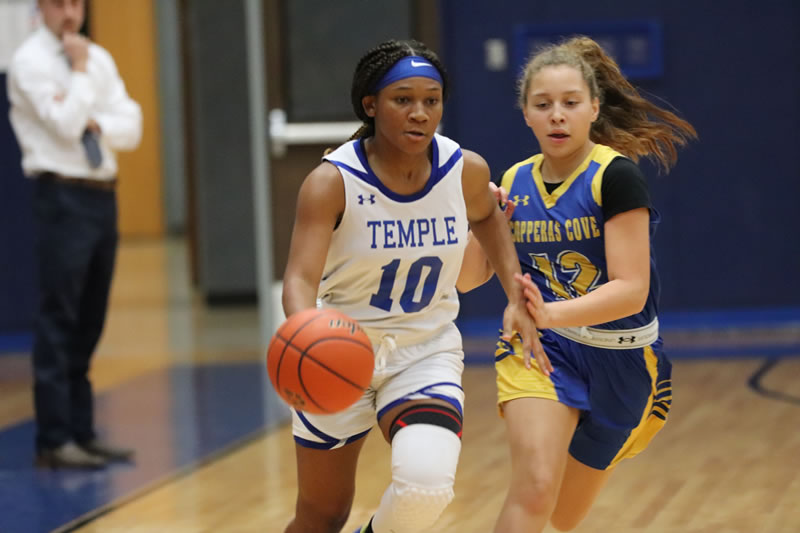 The Copperas Cove Lady Bulldawg freshman basketball team used a 16-2 fourth quarter run to pull away from the Tem-Cats in a tight game and defeat Temple 47-34 on Friday night at Wildcat Gym.

The two teams were evenly patched throughout the contest with the lead going back and forth through much of the contest. Copperas Cove led 12-10 after one quarter of play and 23-21 at halftime. Malaya Presidents 6 third quarter points helped give the Tem-Cats a 32-31 lead going to the fourth quarter. Unfortunately for the Tem-Cats, they could only muster 2 points in the final quarter of play.

Temple was lad by Malaya President with 13 points on the evening while Rene’Jah Jackson tallied 11 points. Benyonce Lloyd 8 points and Jakerriah Noble, 2 points accounted for the rest of the scoring.

Temple, fell to 4-4 in district play and will travel to Harker Heights on Tuesday to take on the Lady Knights to start the second half of district play.