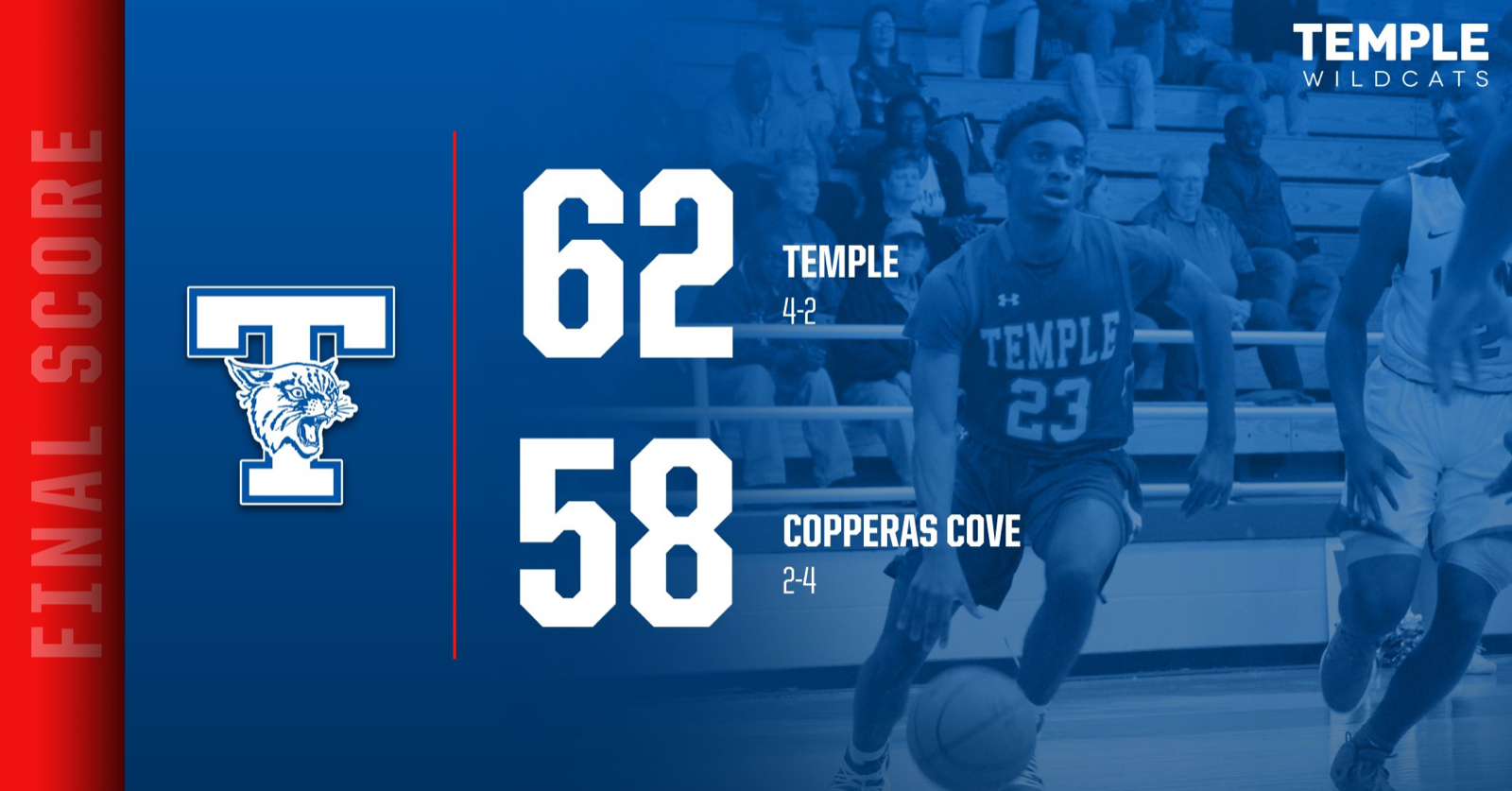 COPPERAS COVE – The Wildcat basketball earned a huge victory on the road Friday night as they defeated Copperas Cove by a score of 62-58 in District 12-6A action. The victory improved the Wildcats to 4-2 in district action and alone in third place. The win also gives them a 2 game lead over fifth place Copperas Cove and Belton for a playoff spot.

The game was close throughout with the Wildcats keeping the talented Bulldawg team at bay for the duration of the night. Temple led 14-13 after one quarter of play and extended the lead to 29-26 by halftime. Copperas Cove would cut the the Temple lead to 47-45 by the end of the third quarter but the Wildcats would fight off the the scrappy Bulldawgs to the final buzzer.

Quentin Johnston once again came up big for Temple leading the team in scoring with 17 points. Johnston also collected 12 rebounds on the night as well as 5 blocked shots and 5 assist.

Temple 17-4 on the season will host Harker Heights on Tuesday at Wildcat Gym. Tip-off is slated for 7:00 pm.