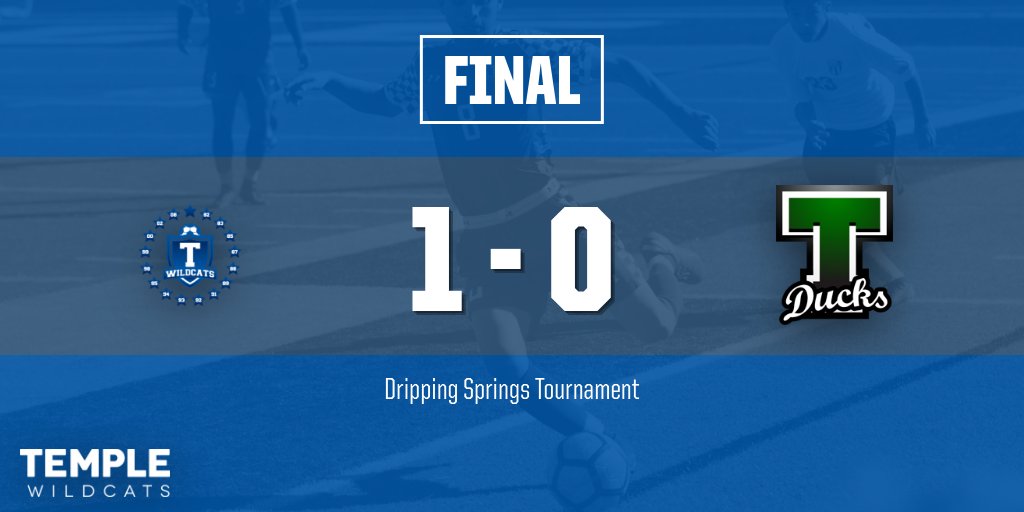 DRIPPING SPRINGS – The Temple boys soccer team had their game with Taylor moved up to an earlier time to beat the weather. The move was successful as the Wildcats not only beat the weather but beat Taylor 1-0 on their second game of the Dripping Springs Tournament.

Even though the potential rain was not a factor in the contest, the wind had a stout effect in the playing conditions. The two teams battled through a scoreless first half until the 18:30 mark  left in the game. Imanol Jarimillo-Toribio played a ball into the Ducks back that was misplayed by the defender and Carlos Hernandez was there to bury the shot into the corner of the goal for the lone score of the contest.

Jose Renteria earned the shutout in goal for the Wildcats.

Temple is now 2-0 in the tournament and 3-1-1 on the season. The Wildcats will face the host team Dripping Springs on Saturday at 3:00 pm.