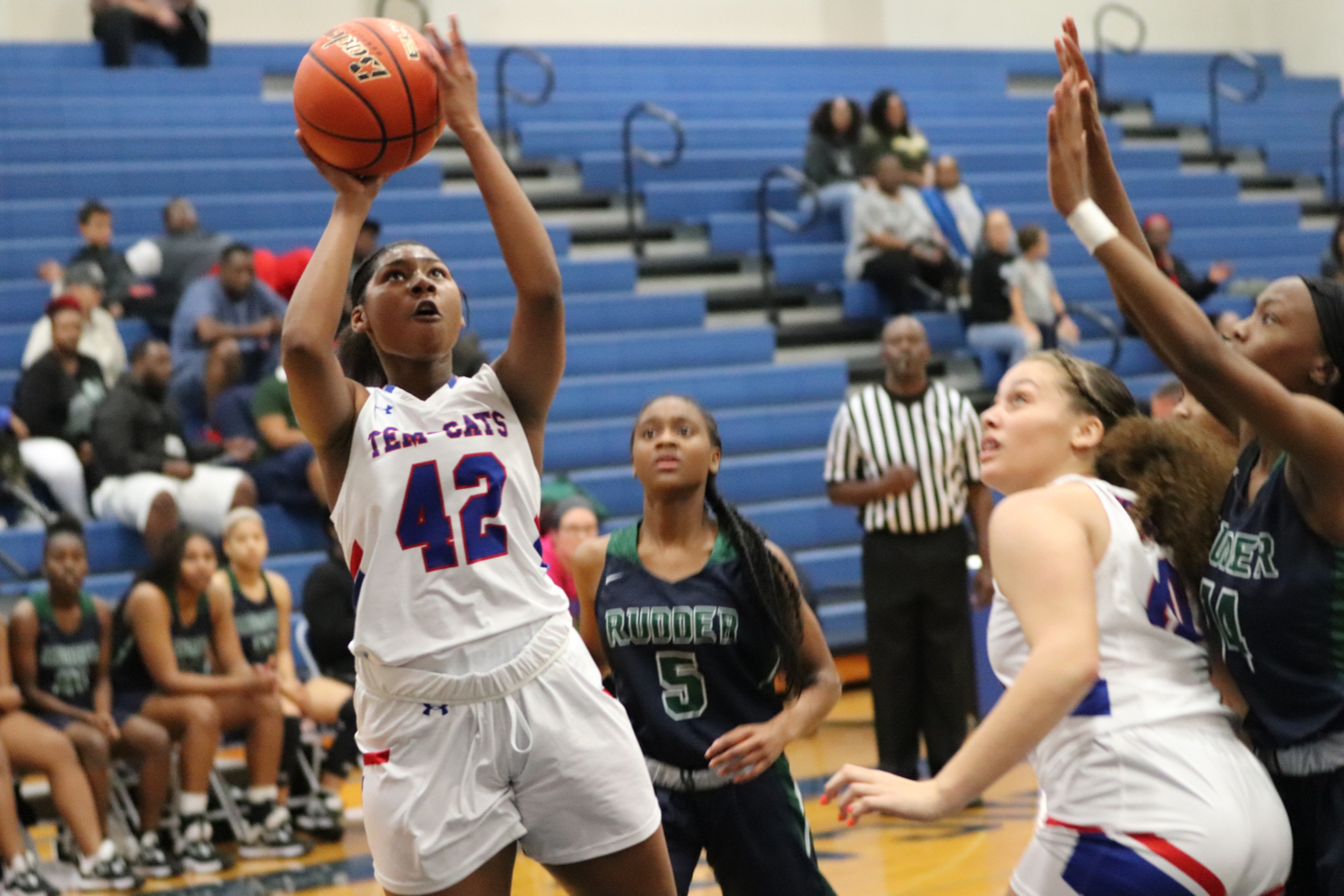 The Temple Tem-Cats hoped to go into the Thanksgiving break on a high note. But after taking a three-point lead into halftime against Bryan Rudder on Tuesday afternoon, the Tem-Cats struggled in the third quarter and fell to the Lady Rangers 65-60 in the teams’ final game before the holiday.

“That was the decision-maker of the game,” Temple coach RaShonta LeBlanc said of the third quarter in which Temple saw its 32-29 lead turn into a 51-44 deficit. “We came out slow. We didn’t a have a good two or three minutes in the game.”

Click here to read the entire article in the Temple Daily Telegram by Marcus Hood. 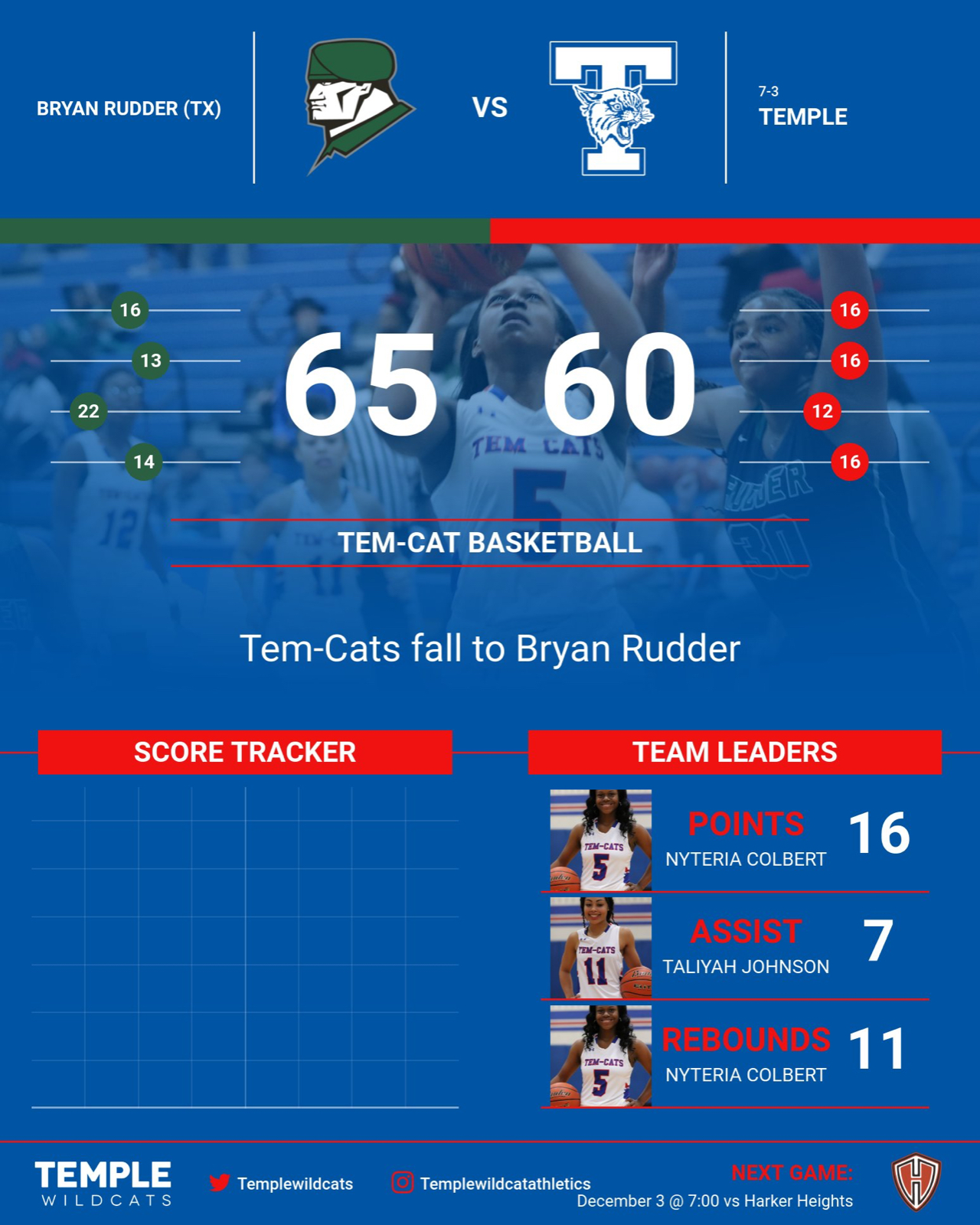