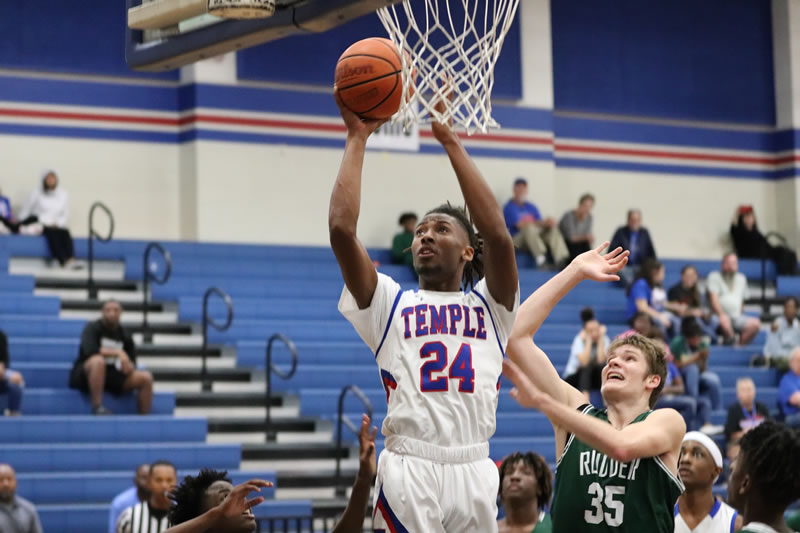 To say Temple was dominant against Bryan Rudder may be an understatement. The Wildcats forced 30 turnovers, had 12 players score and led by more than 30 points for much of the fourth quarter during a 74-39 win Monday in an early afternoon contest because of the Thanksgiving schedule.

The victory kept Temple (4-0) undefeated going into the holiday break. Still, Michael Thomas didn’t celebrate once the final buzzer sounded at Wildcat Gym. He and his squad understand that this is just the appetizer and the full-course meal is still yet to be served.

“There’s a lot of stuff we have to clean up,” the second-year Temple head coach said. “We put them on the free throw line, a lot. They probably shot around 25 free throws. We’ve got to clean it up and get some of our football guys in better shape.”

Click here to read the entire article in the Temple Daily Telegram by Daniel Zepeda. 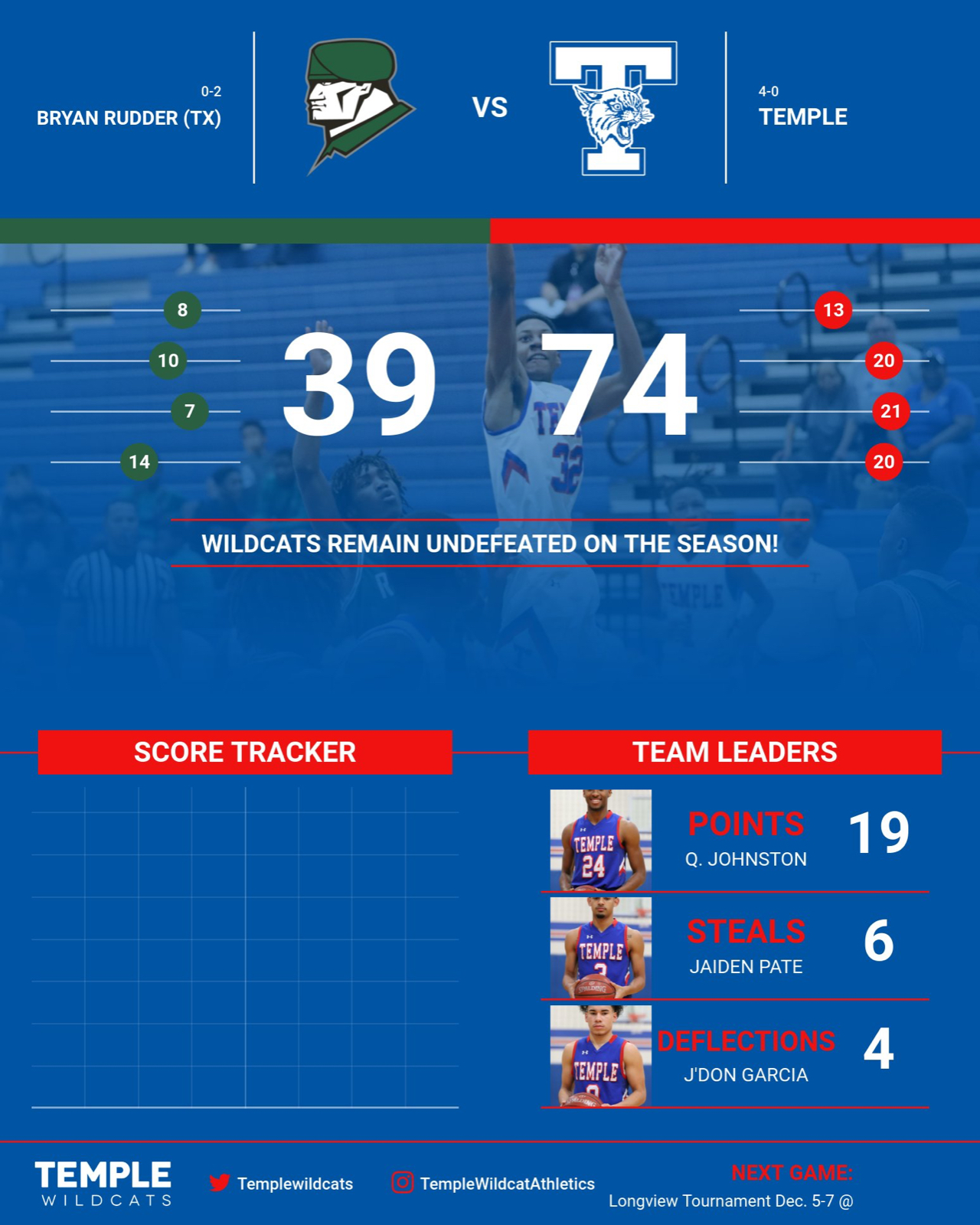