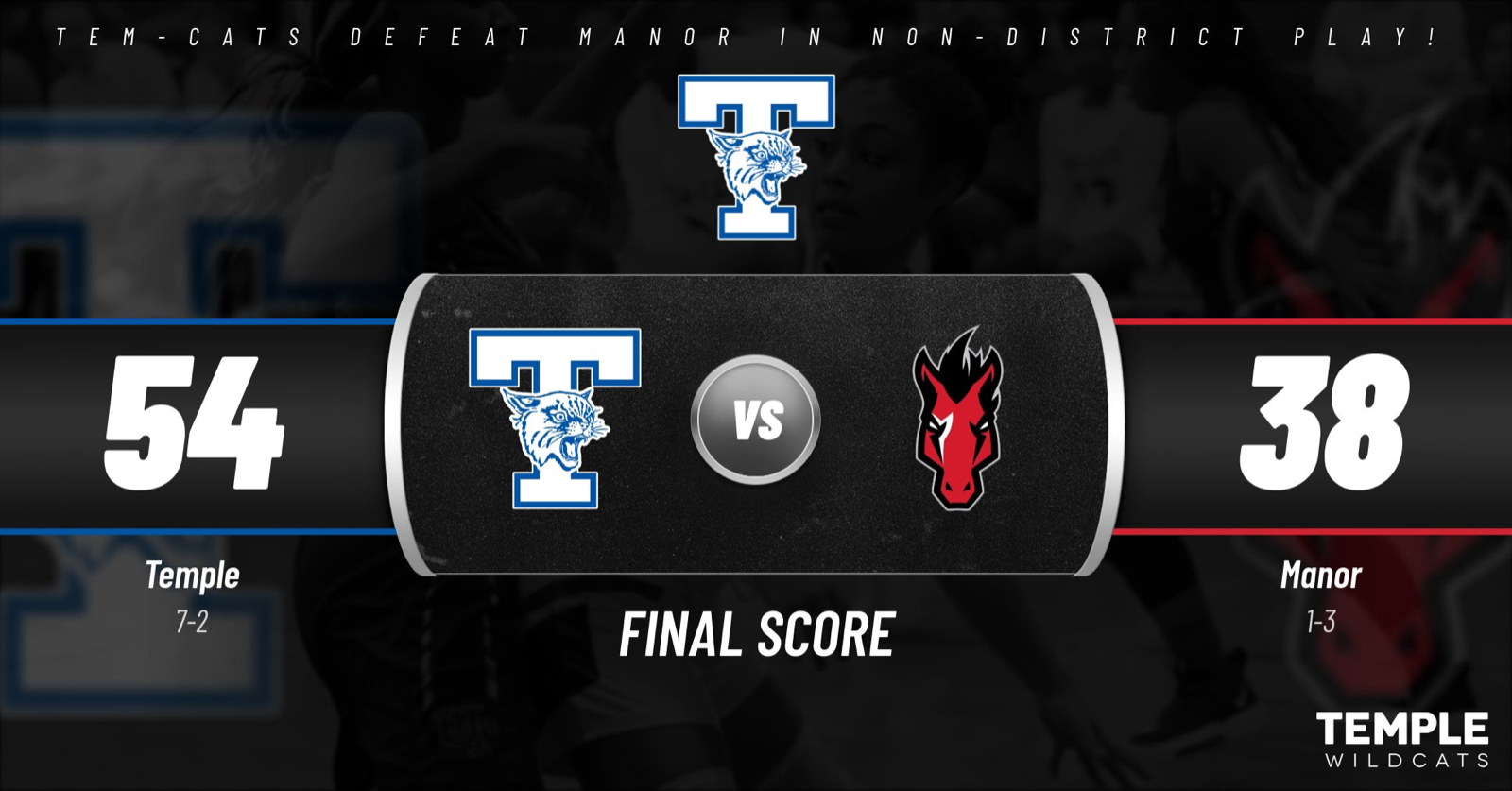 MANOR – The Tem-Cat basketball team improved their season record on Monday to 7-2 with a 54-38 victory over Manor on the road.

Temple methodically built a 25-15 lead by halftime to see the Lady Mustangs cut their lead to 36-30 going to the final quarter of play. However, Naccoria Noble scored 7 of her game high 15 points in the fourth quarter as the Tem-Cats outscored the Lady Mustangs 17-8 down the stretch. Nyteria Colbert and Aniah Hall joined Noble in double figure scoring with 11 and 10 points respectively. Taliyah Johnson had 8 points, Haleigh Johnson 6 points and Aaliyah Thomas 4 points.

Aniah Hall was dominant inside with 12 rebounds and 5 block shots on the night. Colbert also collected 10 rebounds for the Tem-Cats while also making 3 steals and Naccoria Noble had 7 rebounds and 4 assist.

Temple returns to the court quickly as they will host Bryan Rudder on Tuesday at Wildcat Gym beginning at 1:30 pm.