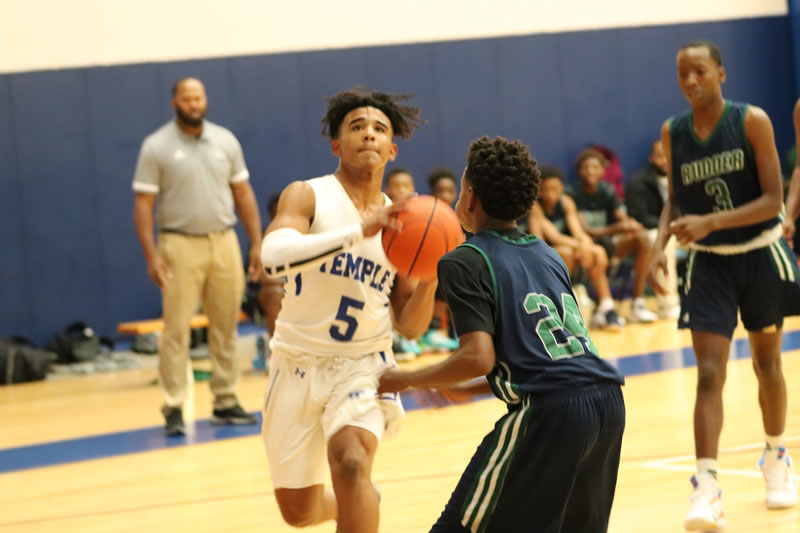 The Temple freshman blue boys basketball team traded blows with Bryan Rudder in the first half with the Wildcats taking a 29-24 lead into halftime. However, a 24-11 third quarter surge by the Wildcats put them in control as they coasted the rest of the way for a 78-56 victory over the Rangers at Wildcat Gym on Monday afternoon.

Temple had five players in double figure scoring with D’Arius Wilkerson leading the Wildcats with 14 points. Taurean York tallied 13, Byron Collins 12 and Mikal Harrison-Pilot and Kiron Williams each with 10 points. D’Andre Jackson was one point back with 9, Ka’Morian Carter 7 and with 2 points apiece were Tyrone Collins and Keeran Butler.

Temple improved to 4-1 on the season and is next scheduled to compete in the Moody JV Tournament on December 5th. Temple will face Granger at 8:30 am and Cameron at 12:45. All games will be played at Moody High School.