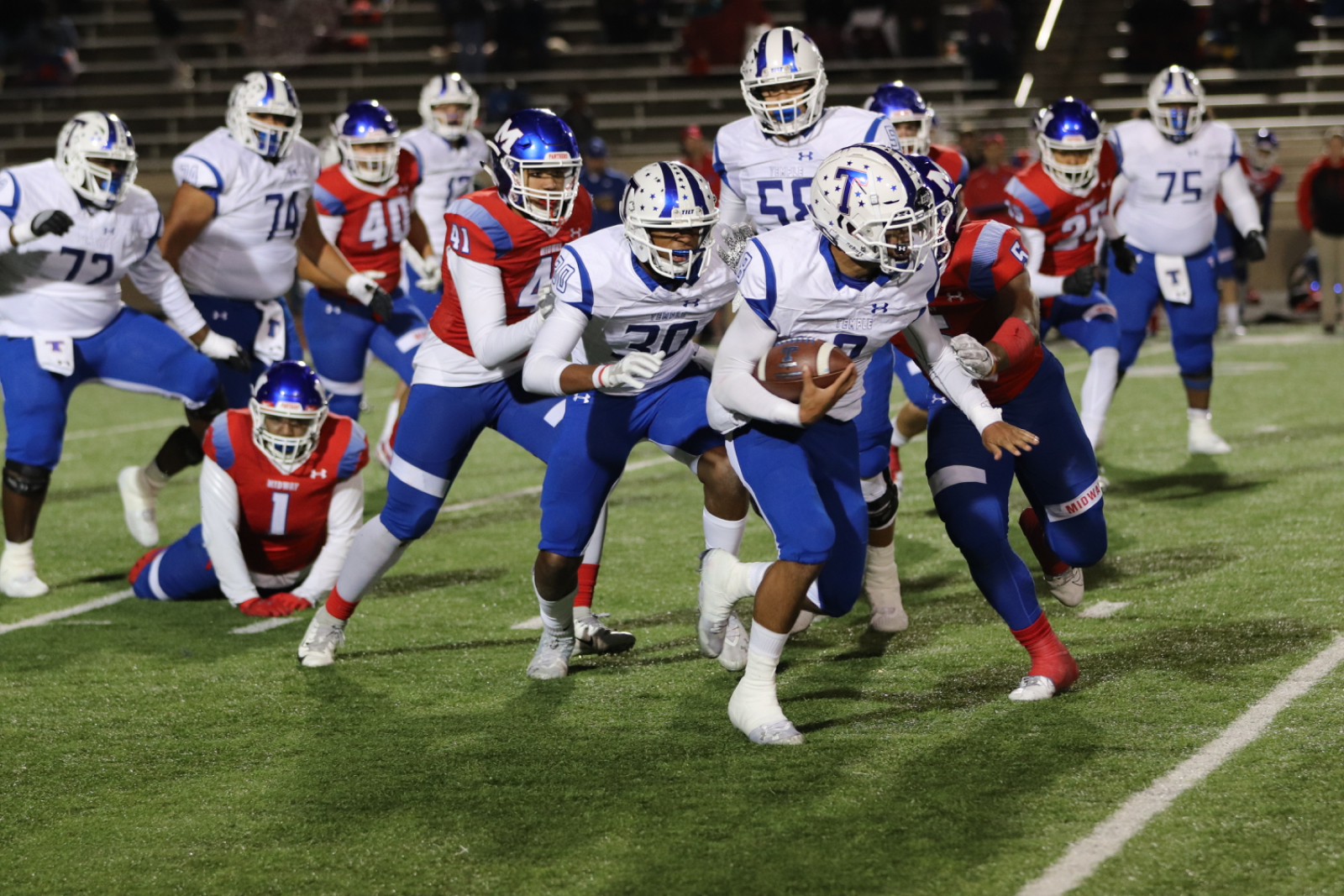 Committing six turnovers was the biggest culprit in Temple’s season-opening 35-29 loss at Round Rock Cedar Ridge, where the Wildcats nearly came all the way back from a 28-9 deficit.

Ball security was a vital component in Temple’s seven-game winning streak that followed, as the Wildcats’ big-play offense had only four turnovers combined in September and October.

However, the turnover bug resurfaced in last Friday’s District 12-6A showdown at Hewitt Midway, and it bit Temple in a big way at a bad time. The Wildcats turned the ball over six times — three interceptions, three fumbles — in a frustrating 52-28 defeat that prolonged the Panthers’ dominance of the teams’ recent series and pulled Midway into a tie with Temple for first place at 6-1.

“You cannot do that against good football teams,” said Wildcats coach Scott Stewart, whose squad’s turnovers were converted into 35 Midway points. “Everybody wants it to be death and damnation, but we’ve just got to take better care of the ball. It was eerily similar to Cedar Ridge. On the sideline it felt like deja vu.”