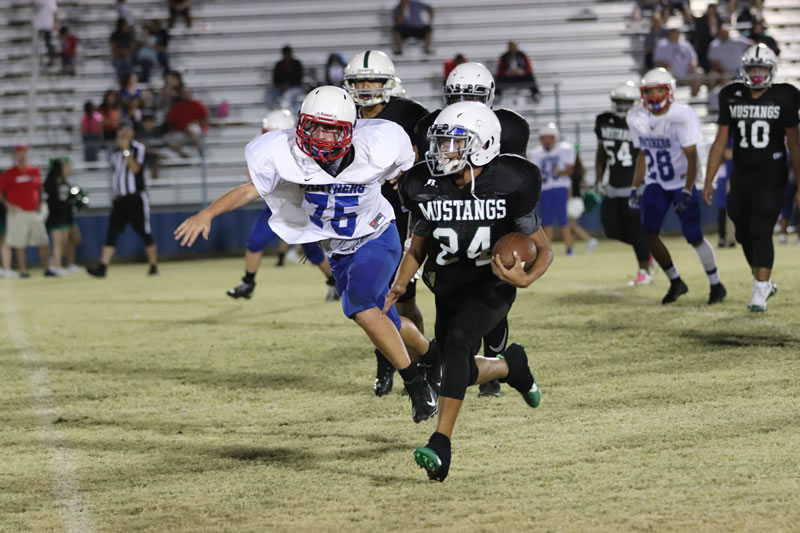 The Travis Science Academy Mustang 8th grade football teams closed out the 2019 season with a split of their two games with Midway Blue on Tuesday night at Woodson Field.

The “A” team fell to Midway by a score of 25-21.  Midway jumped out to a 6-0 lead on the Mustangs in the first quarter before Travis answered with a pair of rushing touchdowns in the second quarter. The first was an 11 yard rushing touchdown from Manajh Peoples from 11 yards out and Aiden Brown from 12 yards out. Midway scored just before halftime to cut the Mustang lead to 14-12.

With Midway leading 18-14 in the fourth quarter, Bryce President’s 8 yard rushing touchdown put Travis back on top 21-18 but the Panthers quickly answered to regain the lead 25-21. Travis had a chance to answer, but President’s pass to the endzone with less than a minute left was intercepted to end the final Mustang drive.

Travis ended the season with a record of 7-1

Travis ended the season with a record of 7-1.