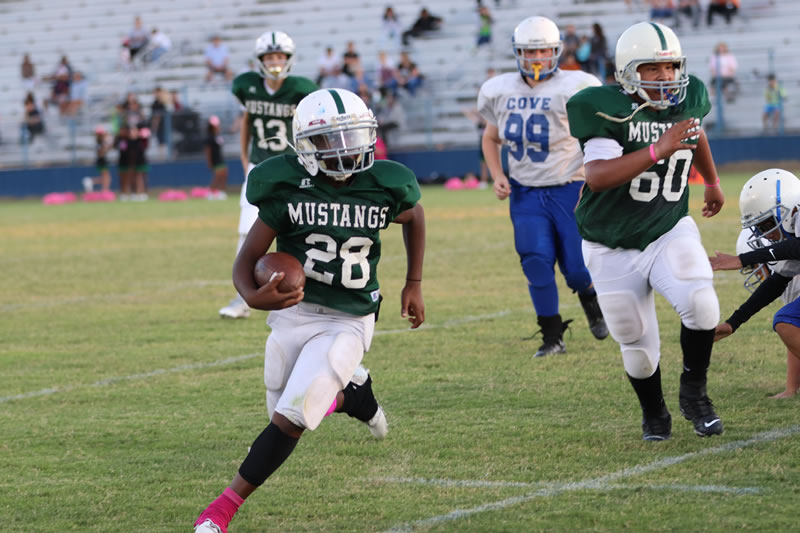 The Travis Science Academy 7th grade football teams hosted Copperas Cove Junior High in their first home games of the season at Woodson Field on Monday night, and the Mustangs enjoyed the friendly confines of their home field as they swept a pair of games in shutout fashion.

The “A” team defeated Copperas Cove by a score of 38-0. La’Taylor Brown put Travis on top early as he raced 60 yards on the first play from scrimmage for the first score of the game. Kade Stewart then connected with Sabias Hill on a 25 yard touchdown pass to give the Mustangs a 14-0 lead going to halftime.

Travis improved to 2-3 on the season.

The “B” defeated Copperas Cove by a score of 41-0. Ronquavion Gates had a big night for Travis as he four rushing touchdowns for the Mustangs. And while Nathan De La Garza accounted for the other offensive Mustang touchdown, defensively, Terrence Sheppard had a strip tackle which led to a fumble recovery returned for a touchdown by Tamone Barnes.

Travis improved to 5-0 on the season.

Travis will host the Midway Red team next Monday at Woodson Field beginning at 5:00.