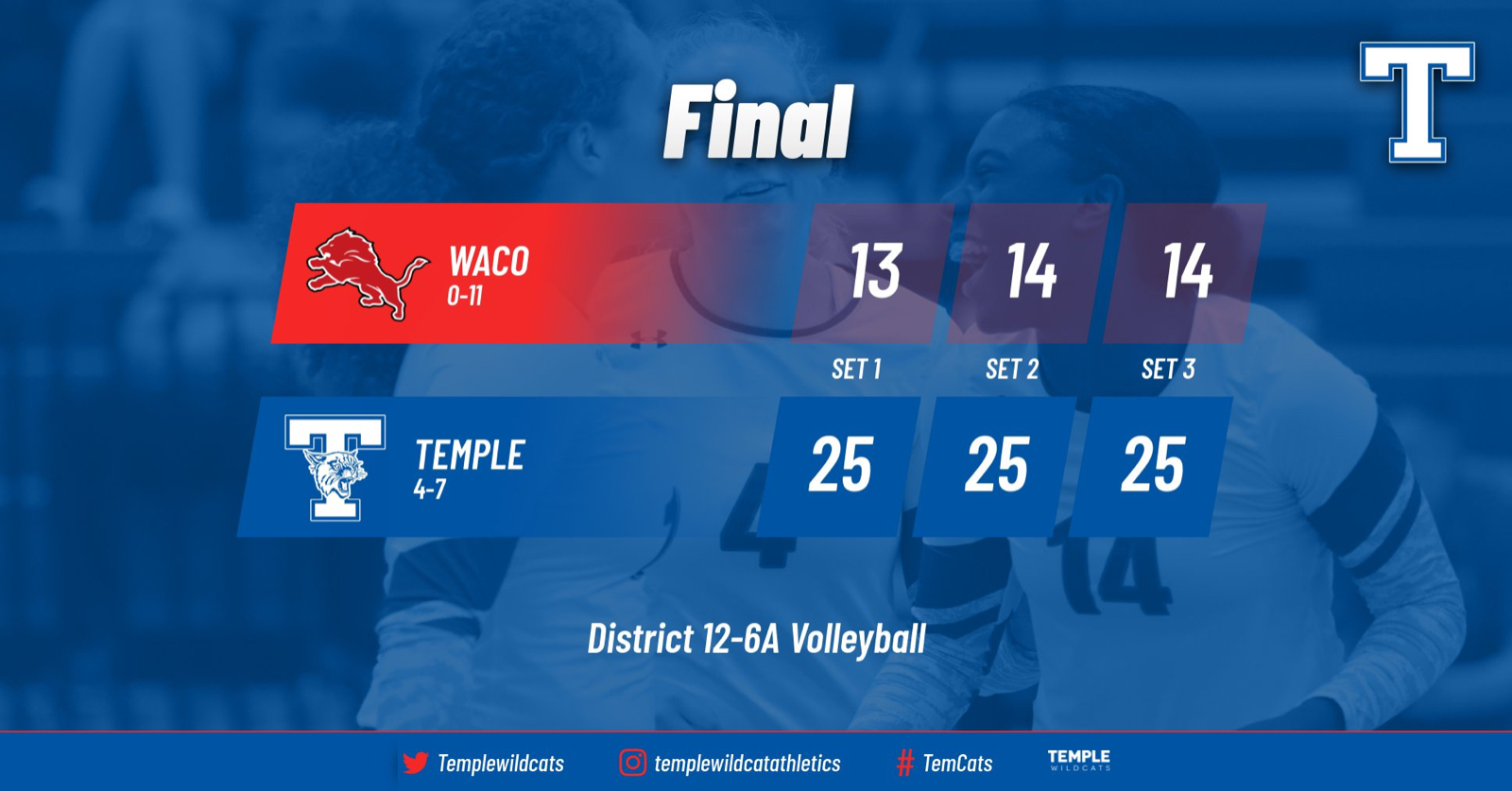 Jessica Vaden led the Tem-Cats in kills with 9 while also recording 6 digs and an ace. Paysee Crow had a team high 15 assist while collecting 5 kills, 2 aces and a dig while Kenna Fort had 13 assist , 6 kills, 2 aces, 1 dig. Bella Brae led Temple in digs with 6 while serving up 3 aces.

Temple improved to 4-7 in district play and will host Killeen on Friday night beginning at 5:30 pm. Parents and teachers will be recognized prior to the game. 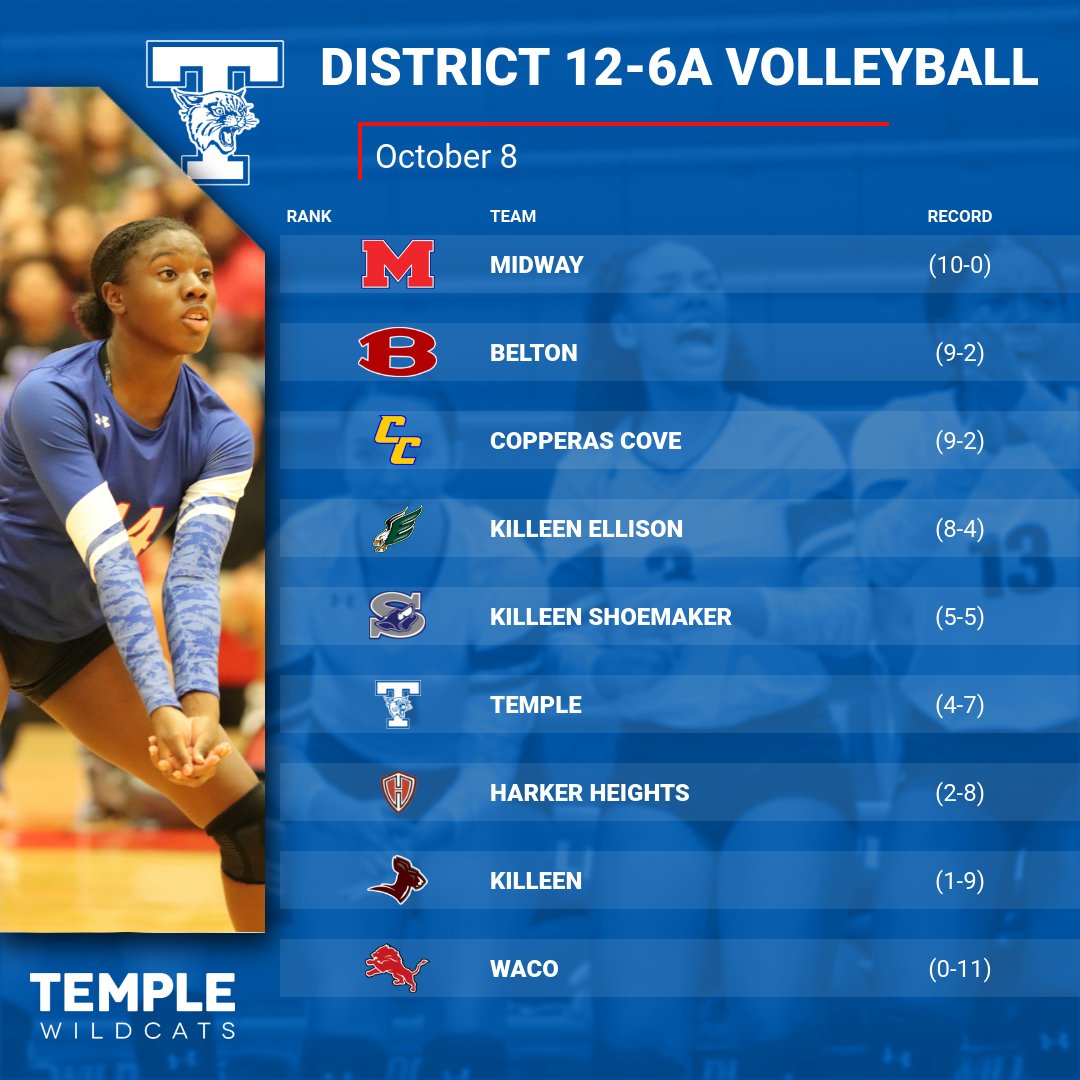