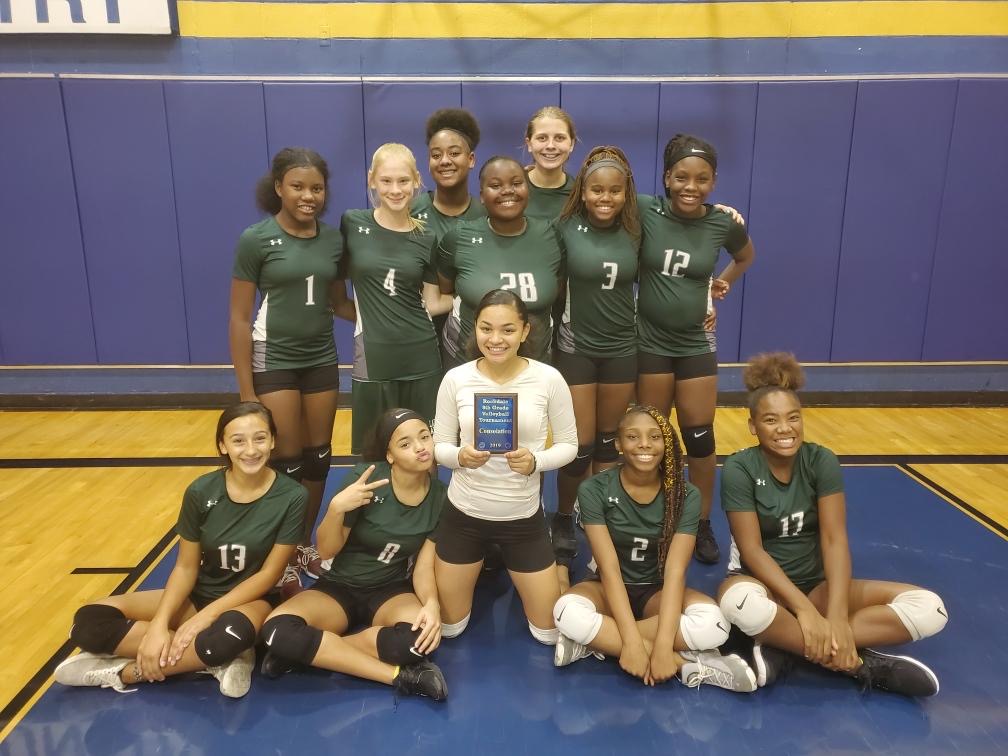 ROCKDALE – The Travis Science Academy 8th Grade A volleyball team bounced back from an opening round loss to with the consolation bracket of the Rockdale Tournament on Saturday.

Travis opened tournament play with a Game 1 loss to Rogers by a score of 25-14, 25-19. Nydia Colbert had 7 service points, 6 aces and 4 assist while Leann Holmes had 5 service points, 4 aces, 1 assist, 1 dig and Claire Little recorded 3 service points, 3 aces, kill and a block.

Coach Anna Anderson commented, “This team learned so much about working together in this tournament.  They worked with a new rotation that included more of our team and they genuinely fought together, didn’t get frustrated with mistakes, worked to attack the ball more.  They earned every point and every win.  So proud of this group.”

Travis improved to 6-5 on the season and will host South Belton on Thursday at the Travis Science Academy.