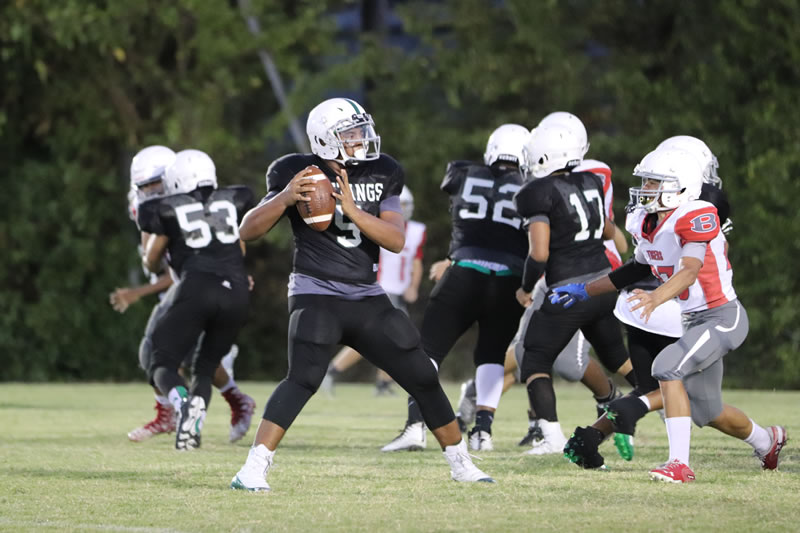 The Travis Science Academy 8th grade football teams hosted South Belton on Tuesday night at Woodson Field and came away with a pair of victories over the Tigers.

Travis started out slow taking a 14-6 lead into the half. Manajh Peoples put Travis on the board with an interception returned for a Mustang touchdown in the first quarter and a Bryce President rushing touchdown in the second quarter.

Javon Stewart closed out the scoring for the Mustangs as he found the endzone with a touchdown reception.

The “B” team defeated South Belton by a score 21-0. Travis jumped out to a 13-0 lead at the half on a rushing touchdown from Jayden McNeil and a Keloni Bradley touchdown reception from Parker Madsen. Mikey Nguyen extended the Mustang lead to 21-0 with a fourth quarter touchdown reception.

The Mustang defense finished with numerous tackles for losses in which one led to a third quarter safety. Gabriel Flores had a first half fumble recovery and Dorquincion Williams had a fourth quarter interception.

Travis improved to 2-0 on the season.and will host Cove Lee at Woodson Field next Tuesday beginning at 5:00.