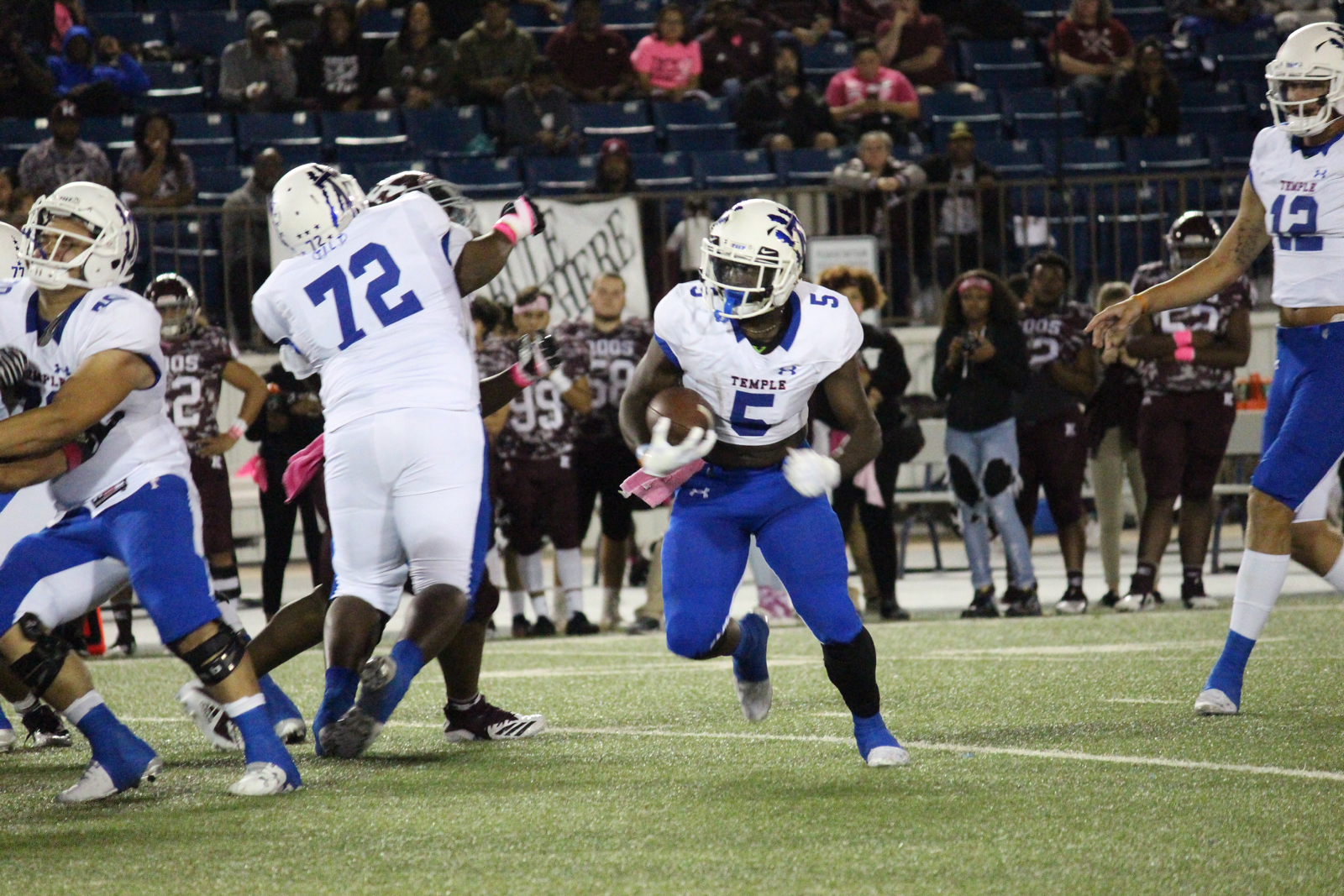 When the Temple Wildcats began fall practice a year ago, their defense had an abundance of experienced, talented players to rely upon for leadership. In fact, 10 starting defenders were seniors, as were 17 of the top 22 contributors on that side’s depth chart.

This year? Not so much. As Temple prepares to begin fall practice at 6 p.m. Monday, incoming senior cornerback Roman Jackson is the lone returning starter, and he missed the Wildcats’ first-round playoff loss to Mesquite Horn because of an injury. Senior safety Damarco Williams played a significant role last season, including a start against Horn, but he’ll be a first-year starter.

In addition, fourth-year head coach Scott Stewart said the Wildcats “who are fixing to be juniors are probably the smallest class we’ve had.” Because of those factors, the opportunity certainly exists for a large group of sophomores to earn prime playing time.