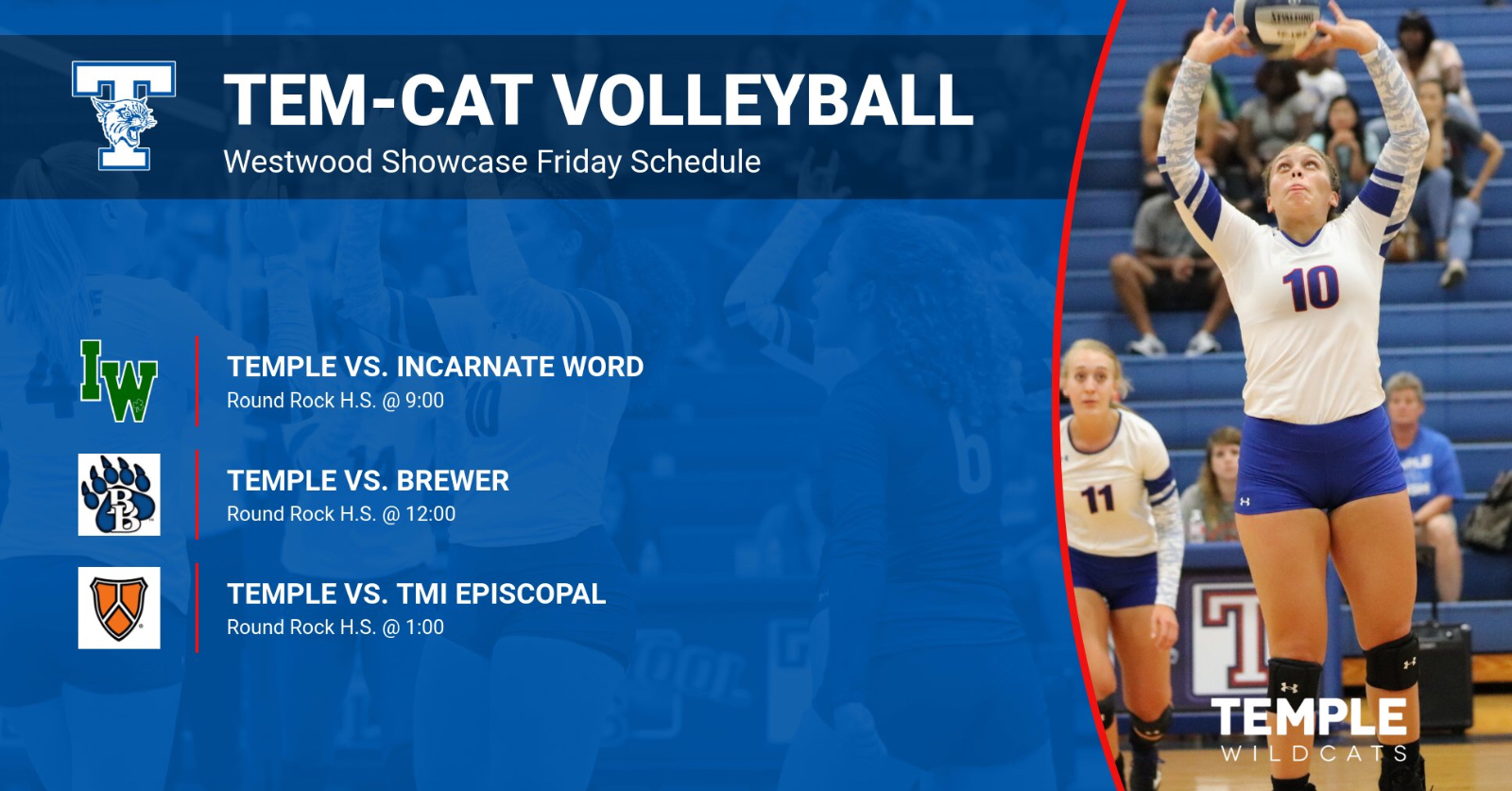 ROUND ROCK – The opening day of the Westwood Showcase was a tough day for the Tem-Cats as they went 0-3 on Thursday. Temple fell to 0-4 on the season but will search for their first victory on Friday as they return to Round Rock for three more games to be played at Round Rock High School.

Temple fell to RR McNeil in their opener by a score of 25-12, 27-25. Kenna Fort dished out 9 assist to go with 3 digs while Paysee Crow contributed with 4 kills and 3 digs. Bella Brea led the Cats with 8 digs.