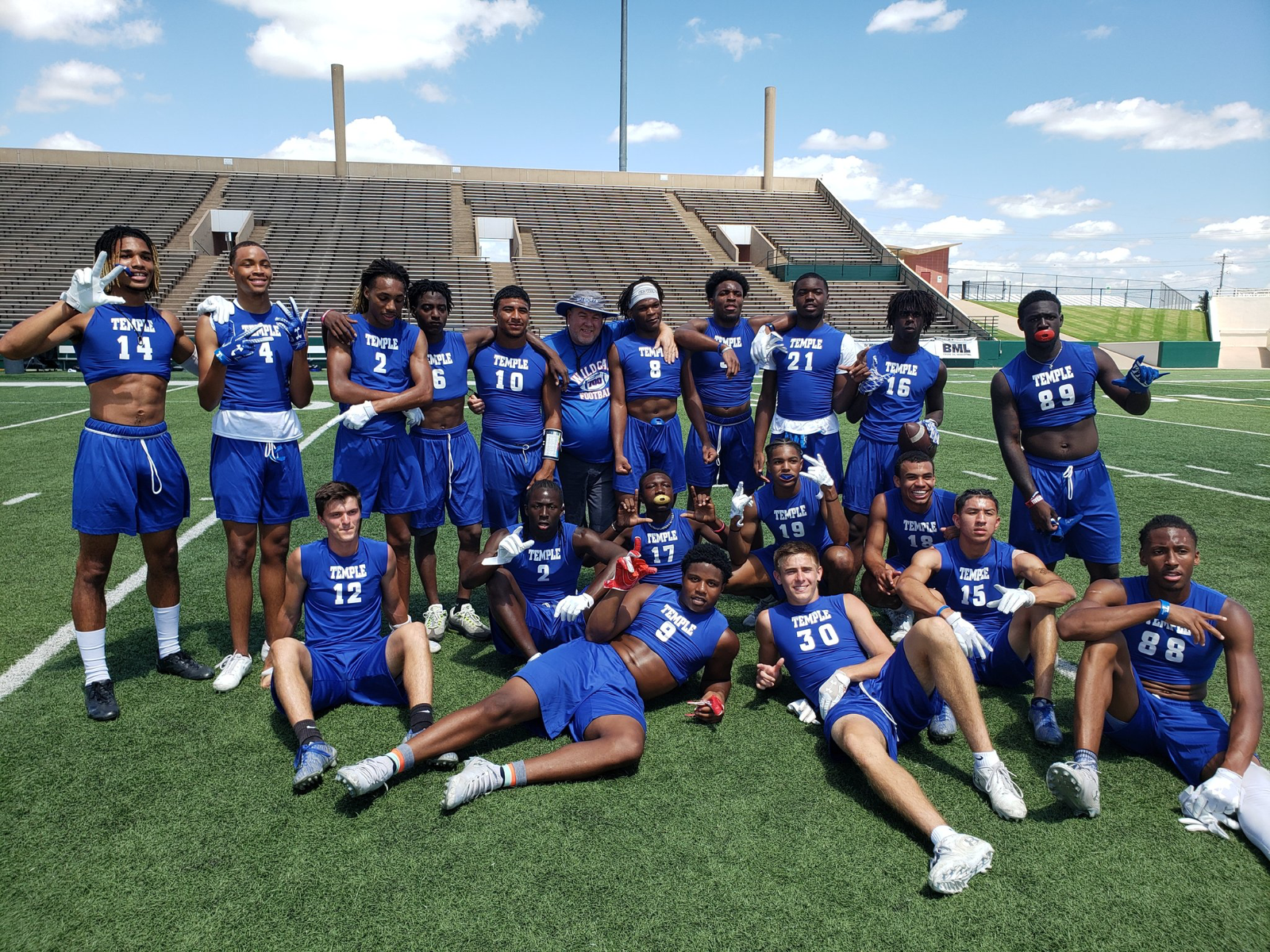 ABILENE- The Temple Wildcat 7 on 7 team qualified for the 2019 State 7 on 7 tournament on Friday with perfect 4-0 record in the Abilene State Qualifying Tournament.

Temple defeated district rival Killeen Ellison in the tournament semifinals by a score of 31-26. The Wildcats used a strong second half to break a 13-13 tie at the half. The Wildcats and Eagles battled throughout the second half with Temple gaining leads of 19-13 and 25-20. However in the games final moments, Ellison took a 26-25 lead with a minute left in the game but Vance Willis connected with AJ McDuffy in the finals seconds to earn the Wildcats the 31-26 victory.

Temple reached the qualifying round by sweeping their pool play with a record of 3-0. Temple defeated Kaufman 33-12, Abilene JV 39-20 and San Angelo Central  45-32.

Temple will advance to the Division I 2019 7 on 7 State Tournament which will be held in College Station on June 28 and 29.