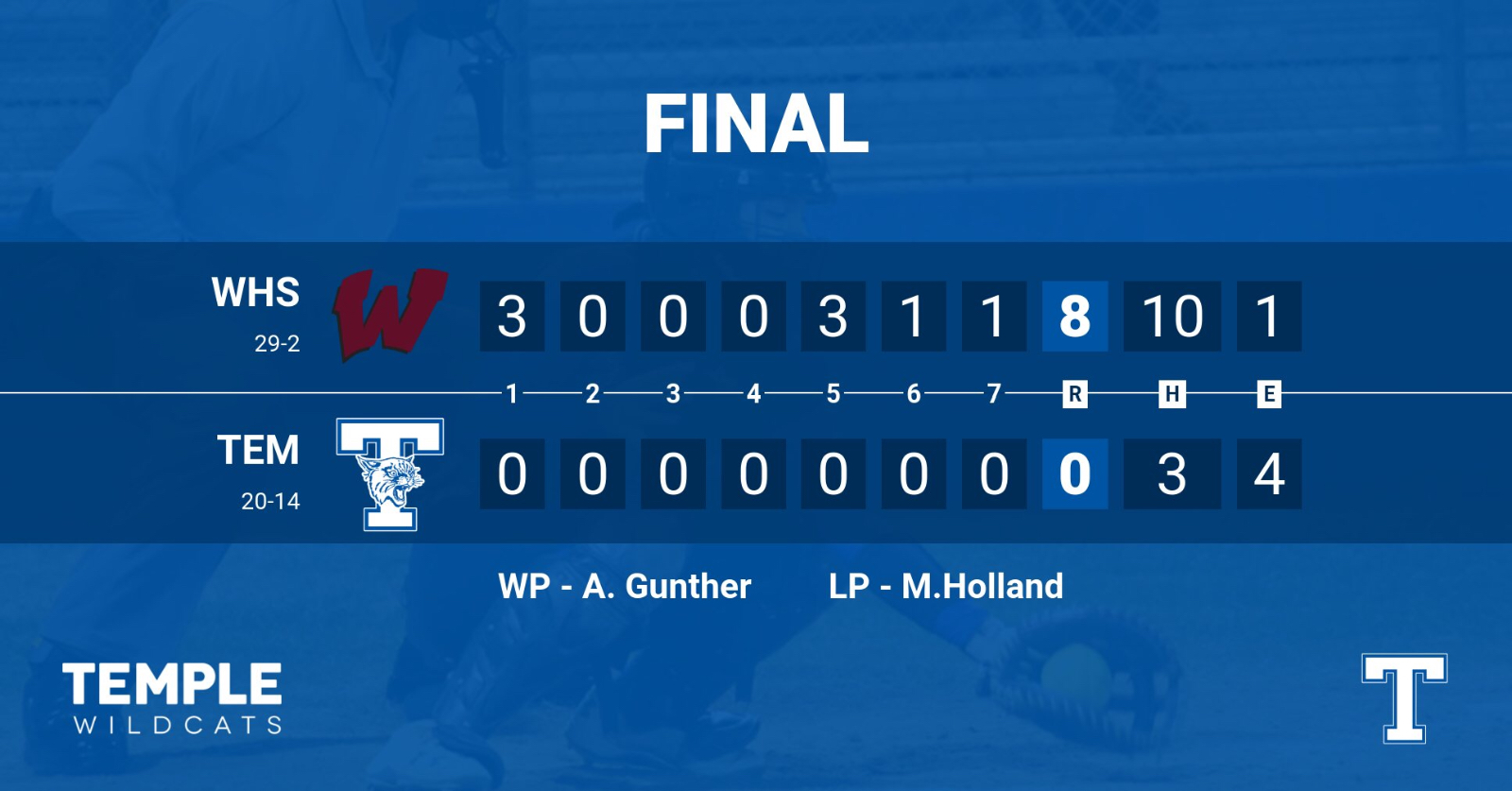 WHITNEY — Temple’s been down in a playoff series before and clawed its way back, less than a week ago, as a matter of fact. After Wednesday’s opening game of the area round, the Tem-Cats again have that task to tackle.

Wylie posted a pair of three-run innings to back up starting pitcher Annie Gunther’s efficient four-hit shutout, and the Lady Pirates handed Temple an 8-0 loss in Game 1 of the teams’ Class 6A best-of-three bout at Lady Wildcat Stadium.

Game 2 is slated for 7 p.m. Friday back in Whitney with Game 3, if necessary, at 1 p.m. Saturday. The Tem-Cats’ objective is clear-cut: Get the series to the weekend.

Click here to read the entire article in the Temple Daily Telegram by Joshua Weaver.