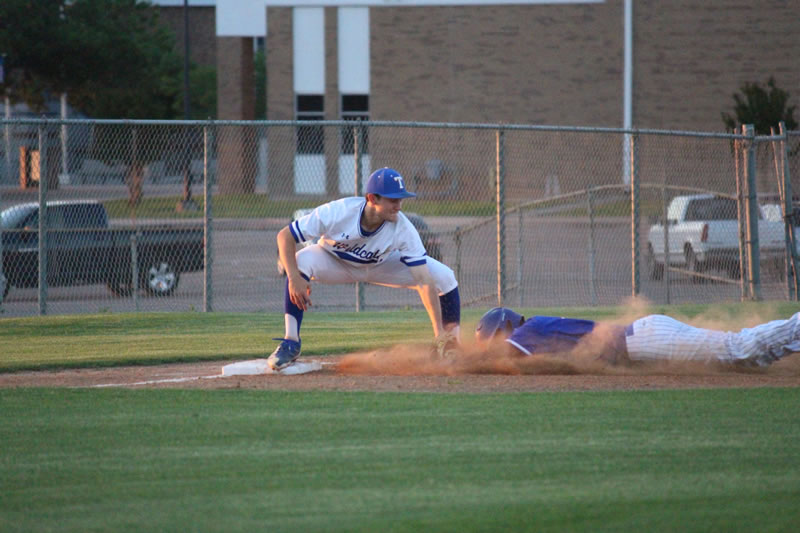 The Temple baseball team closed out the 2019 season with a 13-0 loss to district champion Midway on Friday night at Hallford Field.

Midway used a 6-run fourth and 5-run fifth inning to close out the game in five innings.

Brandon Goynes started for Temple and gave up 5 runs on five hits over three innings while striking out two. Vance Willis, Bryan Williams and Isaiah Fach closed out the game on the mound for Temple.

Temple collected four hits on the night with Adrian Carlos going 2-2 at the plate. Xavier Aviles and Corey Goynes each picked up one hit apiece for the Wildcats. 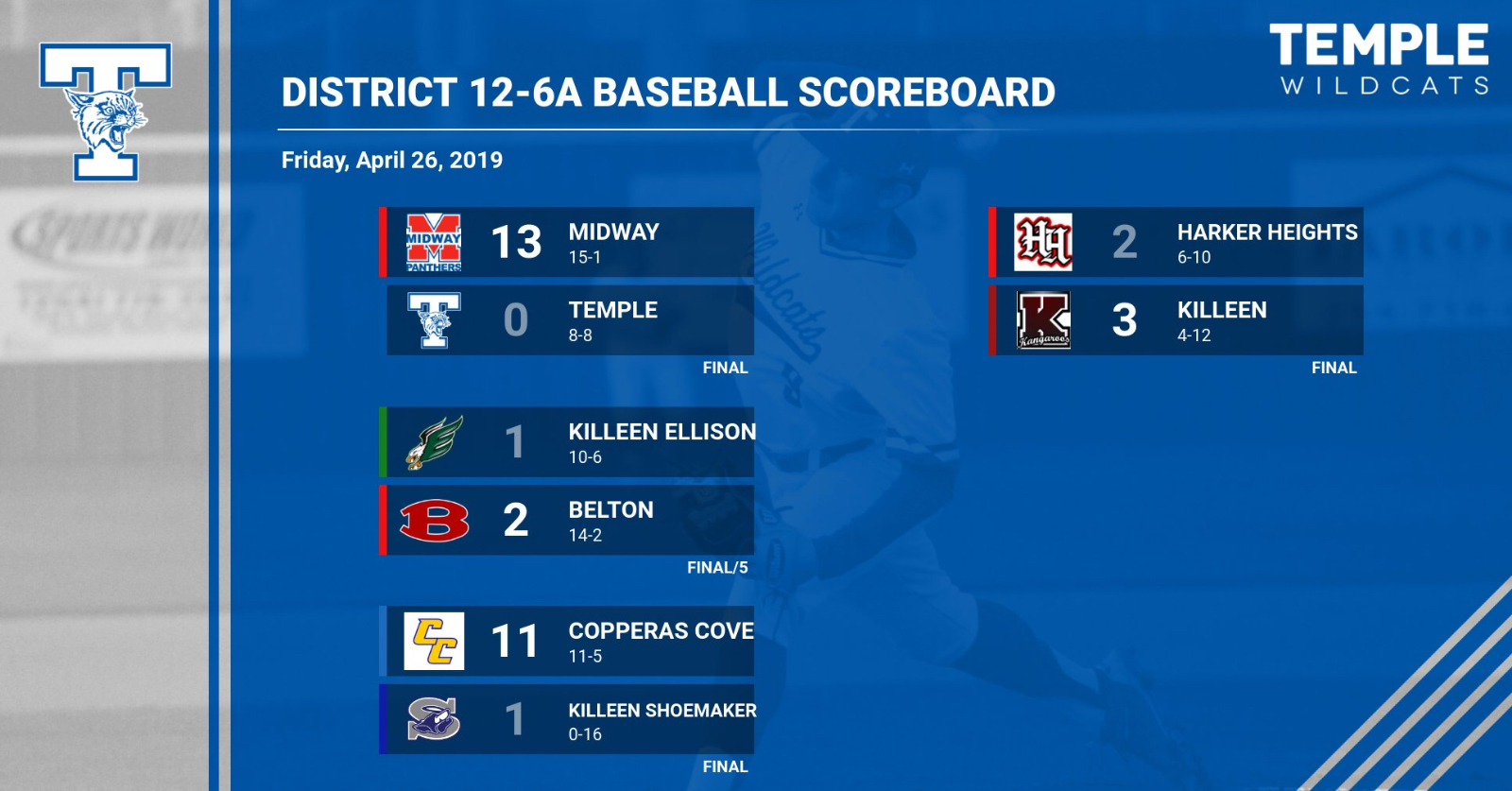 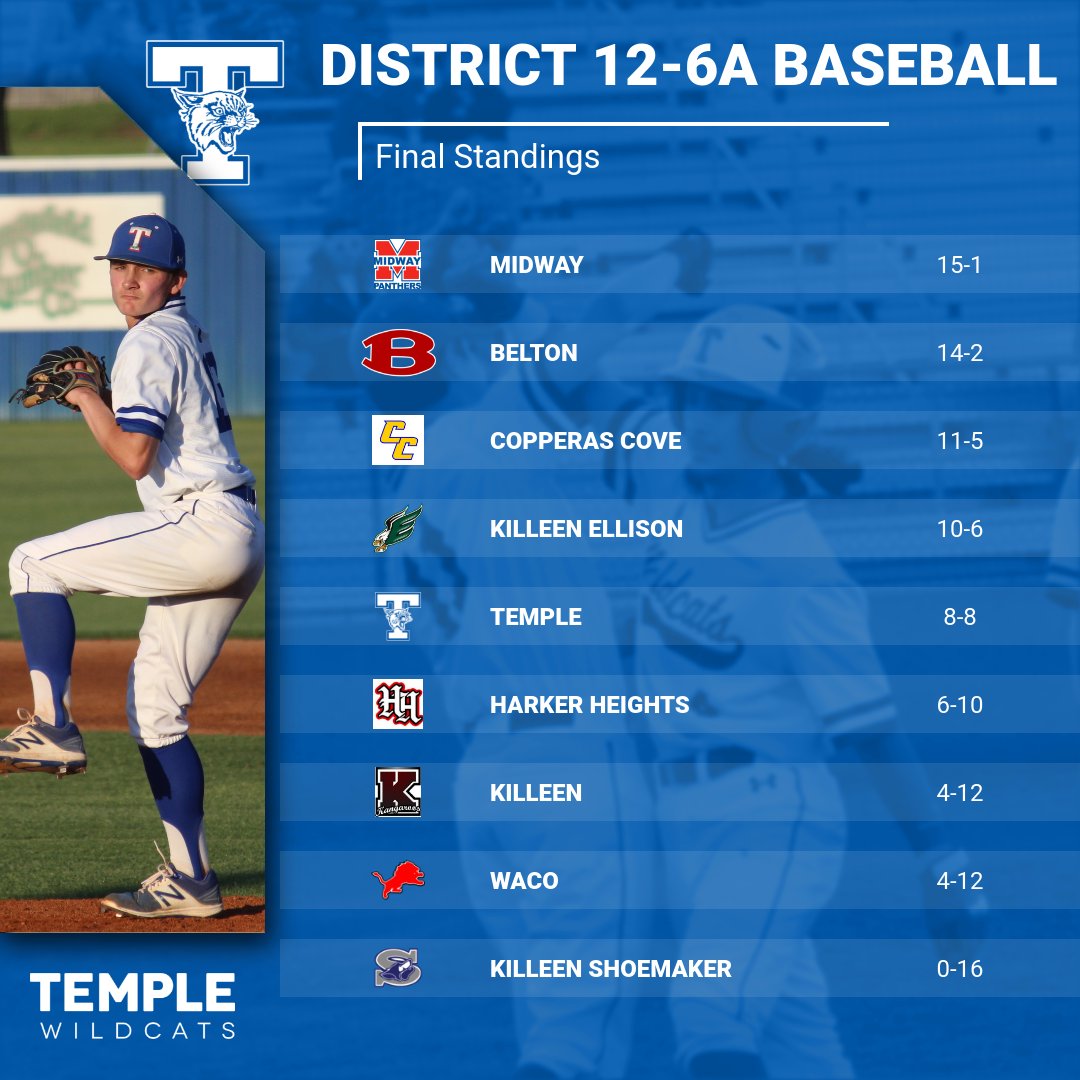