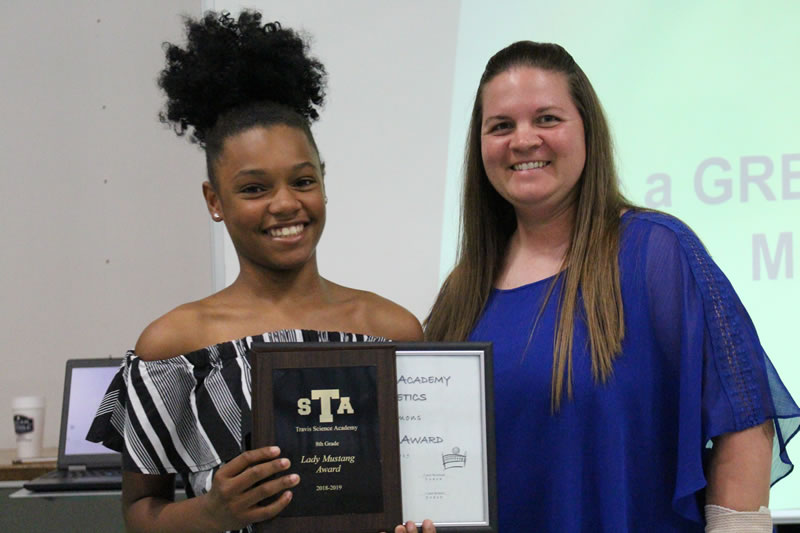 The Travis Science Academy Lady Mustangs hosted their annual awards banquet on Tuesday night. The night was in celebration of the 2018-19 sport season. A number of awards were presented following the dinner.

Creizanae Simmons was awarded the Lady Mustang Award for overall top performance in the 8th grade class this past season.

Here is a list of Tuesday nights awards that were presented.