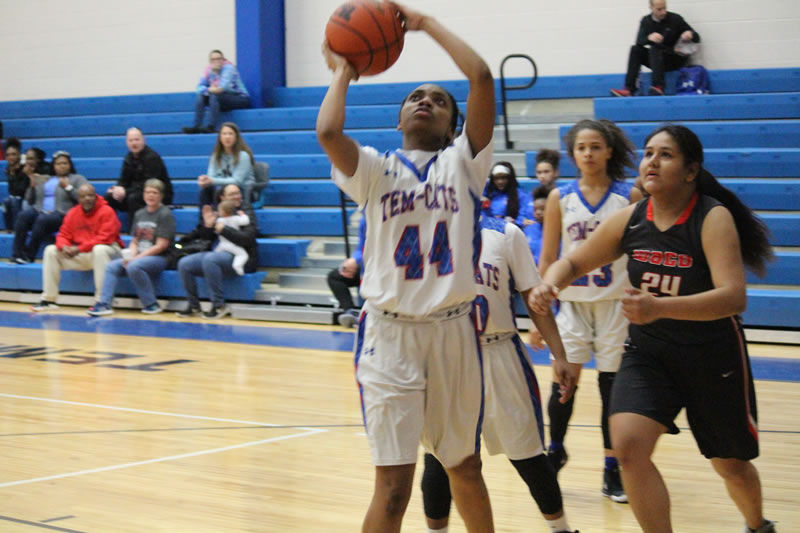 The Tem-Cats took a 13-8 lead at the half and used the third quarter surge to secure their 15th win of the season in their final home game.

Holley led the Tem-Cats with 10 points on the night with Deasia Stanton and and Tamera Copeland each chipping in 6 points apiece. Four Tem-Cats had 3 points, Chloe Prentiss, Aliyah Thomas, Ky’Jsha Thompson and Kloey Sanders. Quinteria Russell rounded out the scoring with 2 points.

Temple evened their district record at 7-7 on the season and improved their season record to 15-10. The Tem-Cats will travel to Hewitt on Friday to take on Midway at 5:00.