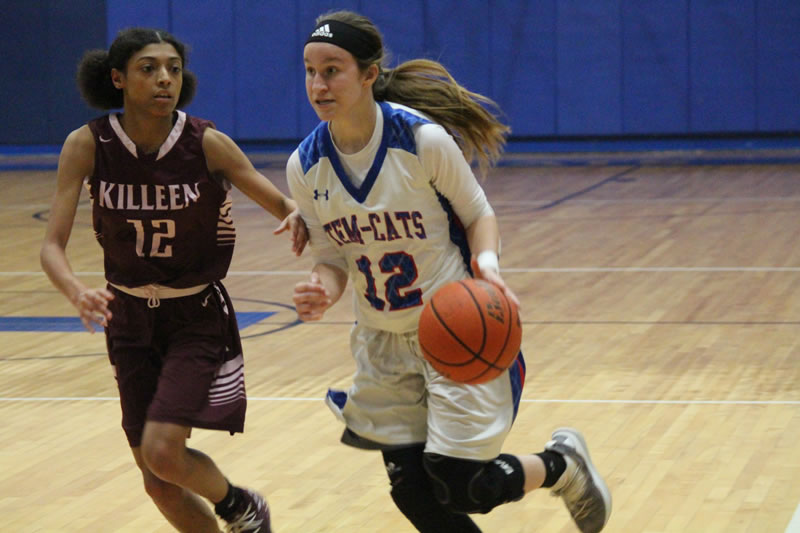 The Tem-Cats jumped out early on the Lady Kangaroos as they took a 7-4 lead at the end of the first quarter of the strength of Deasia Stanton’s 4 first quarter points. Chloe Prentiss drained a pair of 3-pointers in the second quarter to help extend the Tem-Cat lead to 18-8 at halftime. Killeen did make a run in the  second half but the Tem-Cats held their poise to hold on to the victory.

Temple improved to 5-7 in district play and 13-10 on the season. The Tem-Cats will travel to Killeen on Friday to take on Killeen Ellison at 5:00 pm.