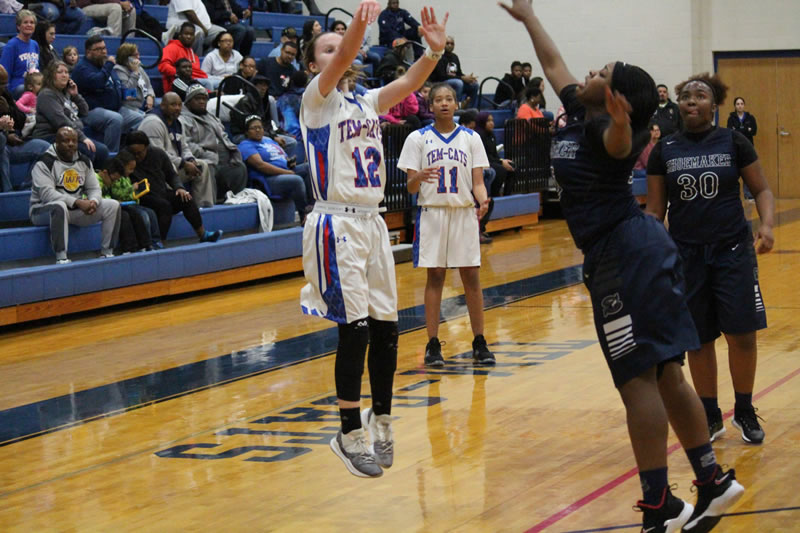 The Tem-Cats started out slow only getting a single bucket from Chloe Prentiss in the first quarter. However, Prentiss hit a pair of 3-pointers in the second quarter to lead the Tem-Cats as they shutout the Lady Grey Wolves 11-0 in the second quarter. Two more 3-pointers from Prentiss in the third quarter extended the Tem-Cat lead to 26-12 by the end of the third quarter.

Prentiss led the Tem-Cats with four 3-pointers and 16 points on the night. Aniya Riggins chipped in 6, Aliyah Thomas 3 and Quinteria Russell and De’Ondrea Holley each with 2 points.

Temple improved to 5-5 in district play and 13-8 on the season. The Tem-Cats will have a bye on Tuesday before they return to district play on Friday Belton.