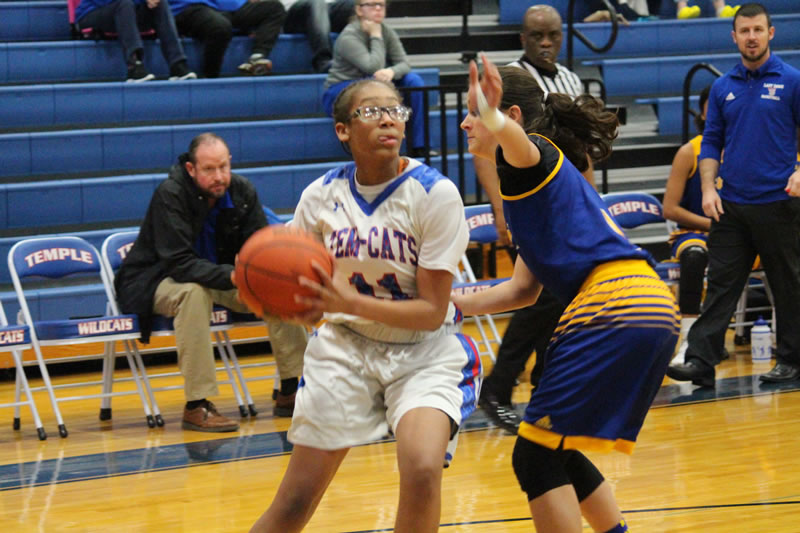 The Tem-Cat junior varsity basketball teams split their home games this past week with Midway and Copperas Cove. The Tem-Cats defeated Midway 38-34 but fell to Copperas Cove 42-32.

Against Midway, the game was tight throughout with the Tem-Cats trailing 28-27 going to the fourth. However, the Tem-Cats outscored Midway 11-6 in the final quarter by sinking 9 of their 12 free throw attempts.

Tamera Copeland led Temple with 14 points while Quinteria Russell and Krislyn Shepherd tallied 7. Aliyah Thomas had 4 and with 3 points apiece were Deasia Stanton and Aniyah Riggins.

Against Copperas Cove, the Lady Bulldawgs sank 15 free throw in the fourth quarter as they pulled away from the Tem-Cats in the second half.

Ky’Jsha Thompson led Temple with 9 points while Tamera Copeland and Quinteria Russell each had 6 points. Chloe Prentiss had 5, Aliyah Thomas 4 and Krislyn Sheppherd with 2 points.