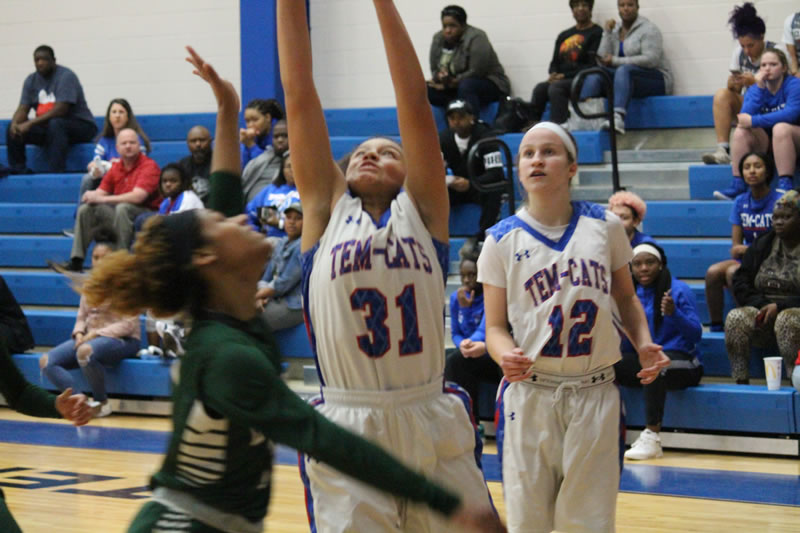 The Tem-Cat Junior varsity basketball team picked up the first district win of the season with a 30-29 victory over Killeen Ellison on Tuesday night at Wildcat Gym.

Temple was 5-7 from the free throw line in the fourth quarter and got a big three pointer from Aniya Riggins to hold of the Lady Eagles in a battle that stayed within a bucket the entire game.

Brodneisha Thomas led the Tem-Cats with 10 points including hitting 7 of 8 free throws and a 3-pointer. Aniya Riggins and Deasia Stanton with 7, Chloe Prentiss 3, Tamera Copeland 2 and Ky’Jsha Thompson with 1 point.

Temple improved to 1-4 in district play and 9-7 on the season. The Tem-Cats will face Waco on Friday in a road contest beginning at 2:30.