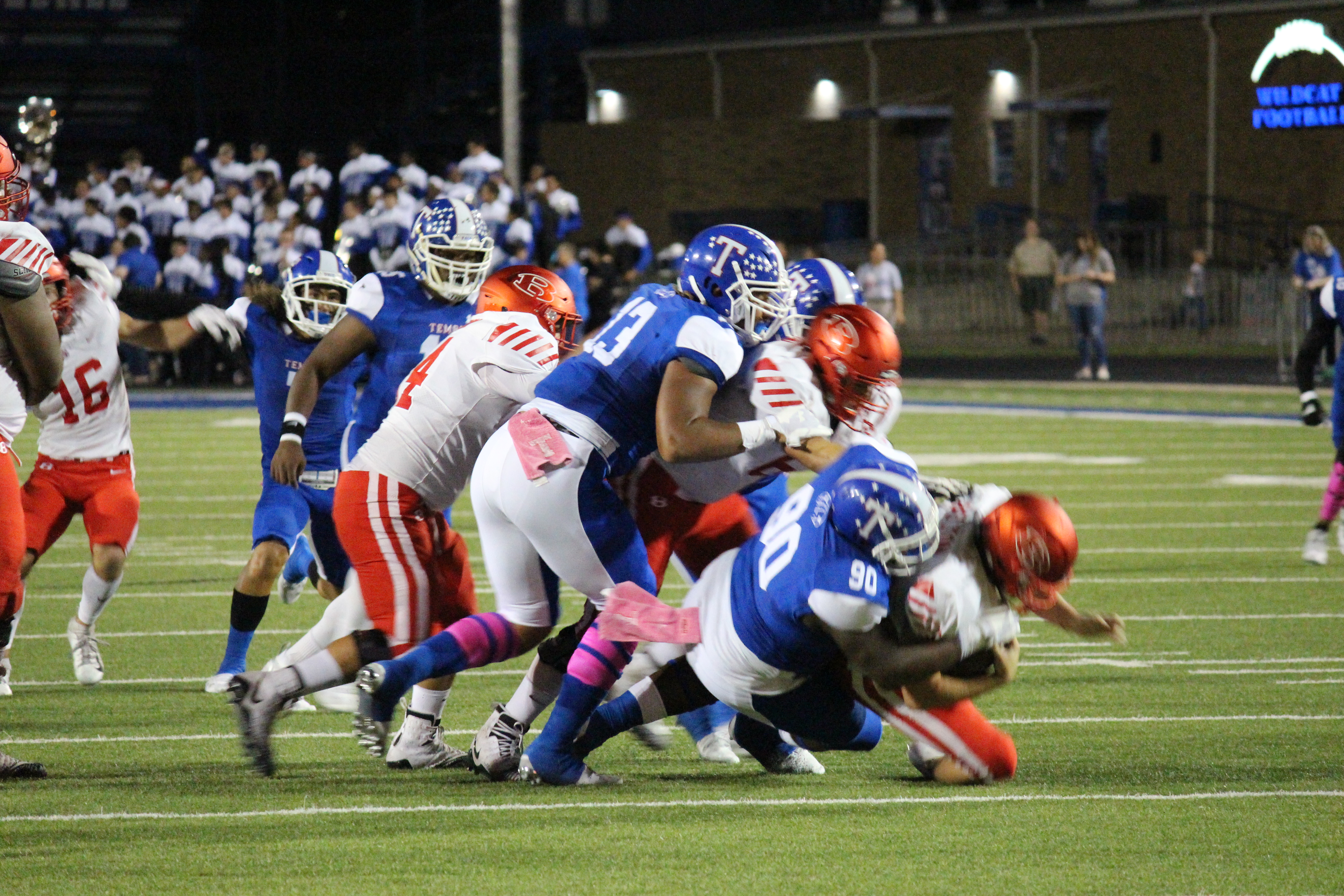 Being a defense-oriented guy, Temple coach Scott Stewart found it extremely difficult to stomach the fact that the Wildcats allowed 542 yards — 464 passing — and 55 points against rival Belton in Friday night’s District 12-6A showdown at Wildcat Stadium.

“I won’t be on this earth much longer if we give up 55 points again,” Stewart said he told his assembled players afterward. “We pride ourselves on defense around here, and that was not defense tonight. I need everybody to look in the mirror. We don’t give up 55 points in Temple, Texas.”

But Stewart simultaneously was proud of his Wildcats for doing what was required to overcome the Tigers’ feisty challenge for a 58-55, triple-overtime victory in a thrilling classic in front of an estimated 11,900 boisterous fans.